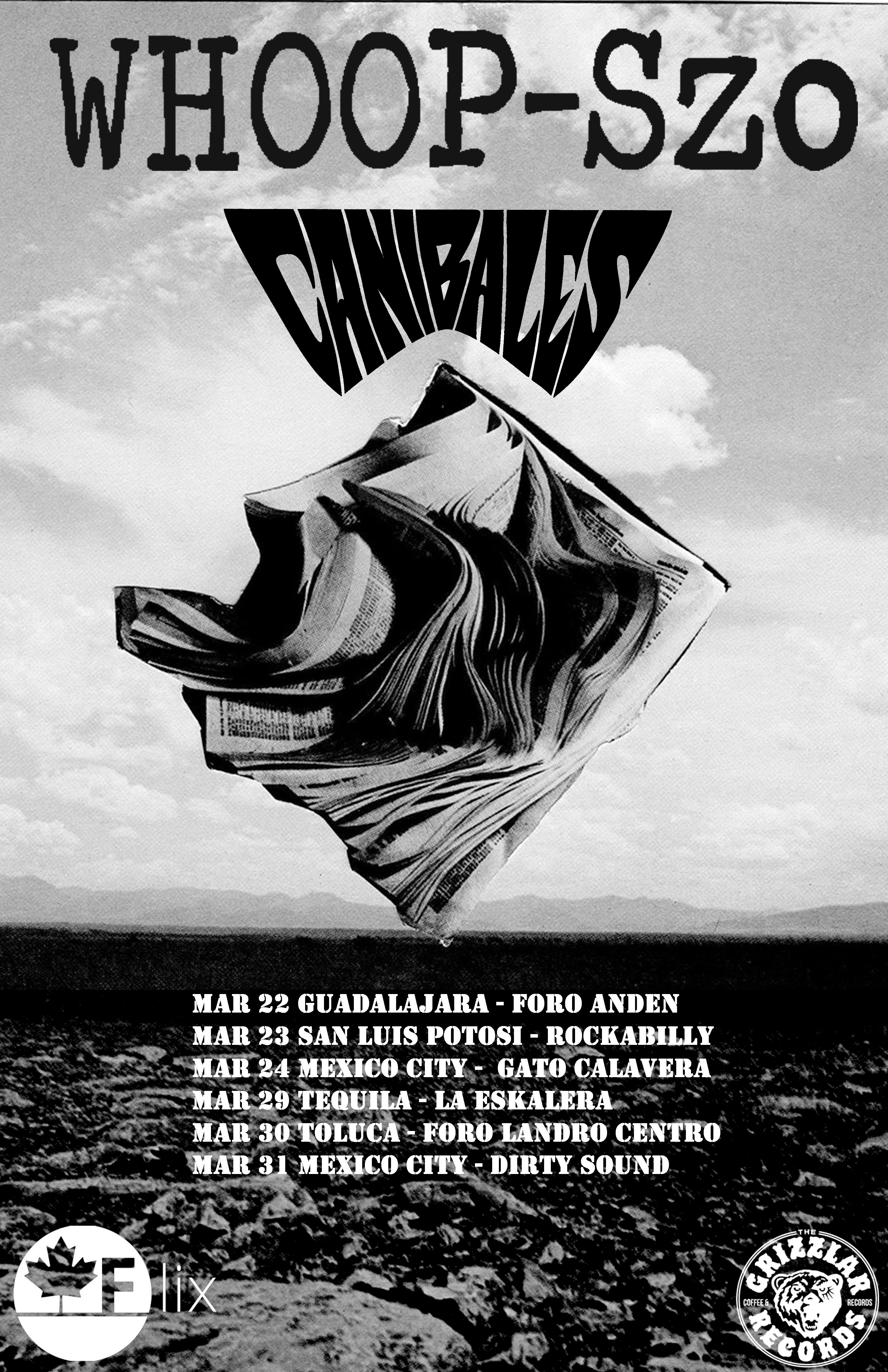 Guelph/London-based grunge rockers WHOOP-Szo have been connecting with Indigenous communities across Canada since forming in 2009 — their first record, 2014’s Qallunaat/Odemin, was partially recorded in the Inuit community Salluit, QC, where founders Adam Sturgeon and Kristen Kurvink Palm ran a silk screening program.

Now, they’re set to go international. Before embarking on an upcoming tour Mexico with Guadalajara-based rock’n’rollers Canibales, they will spend time in Canibales’ Rockweiler Studio where they will record with local musicians and use unearthed pre-colonial instruments, including a series whistles.

The band will be joined by filmmaker Drew McIntosh, who will be filming a documentary about the band’s experiences. To celebrate the tour, the band will be releasing a new seven-inch record on McIntosh’s label Grizzlar Records.

Not to forget their home country, WHOOP-Szo will be performing in several festivals this summer, including Fredericton’s Flourish Festival in April and Toronto’s Canadian Music Week in May.

Keep scrolling after the dates for a promotional video featuring “Organlude” from the new seven-inch. The record is available for pre-order here.

Learn more about WHOOP-Szo’s history connecting with Indigenous communities in our feature interview with Sturgeon.