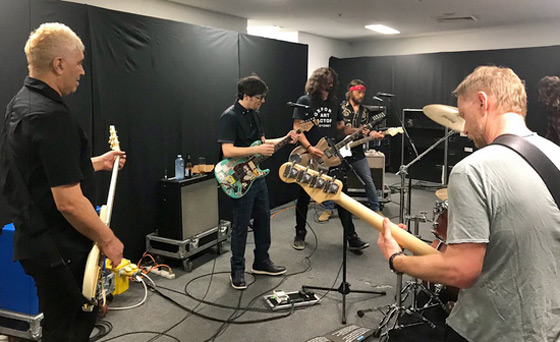 If you think Foo Fighters, Weezer and KISS all coming together is “more rock than can be comprehended,” you’re not alone. After all, that’s exactly how Weezer put it in the lead-up to a live cover the KISS classic “Detroit Rock City” by Rivers Cuomo and Foo Fighters.

On Foo Fighters’ tour closer in Australia last night (January 30), the Weezer leader joined Dave Grohl and co. for the cover, with Cuomo lending both guitar and vocals onstage in Melbourne. Weezer themselves also provided the show’s opening set.

Since this is 2018 and all, someone course pulled out their phone and captured the cover “Detroit Rock City,” which you can watch for yourself below. Foo Fighters also apparently took on AC/DC’s “Let There Be Rock” at the show.