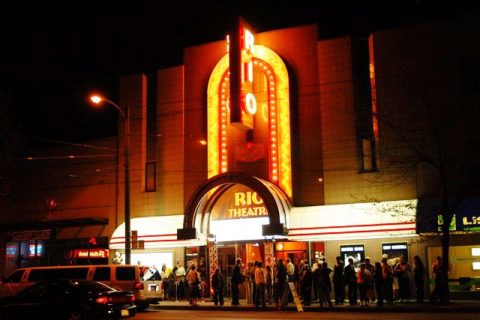 The future Vancouver’s beloved Rio Theatre is under threat, as a real estate listing for the property recently emerged online. The Rio’s current operators have started an online petition to demonstrate the theatre/venue’s value to the community, and even filmmaker Kevin Smith has fered to help out with the #SaveTheRio campaign.

If the Rio’s current operators want to make a bid on the property, the deadline is Tuesday (February 6). They are reportedly unlikely to be the highest bidder, so their petition could be a useful bargaining chip. Yesterday, the Rio tweeted that it had gotten 10,300 signatures in the first 48 hours.

The petition notes that, while the Rio currently has an eight-year lease on the property, there would likely be pressure from a new buyer to shorten this term. And while the City Vancouver specifies that any new building on the property must include a “movie theatre,” there’s no provision that it be as large as the current Rio, or that it would host live music, comedy and theatre performances.

As for Kevin Smith, he has extensive Vancouver connections, having gone to Vancouver Film School back in the day. The Clerks filmmaker suggested that he show up for Family Day (February 19) for a benefit screening and Q&A. He posted this message on Twitter:
Other notable supporters the #SaveTheRio campaign include Dan Mangan (who retweeted one the theatre’s messages), Said the Whale, standup comedian Jen Kirkman, the Vancouver Fringe Festival, 90210 actor Dustin Milligan, and many more. Read some the messages below, and sign the #SaveTheRio petition here.