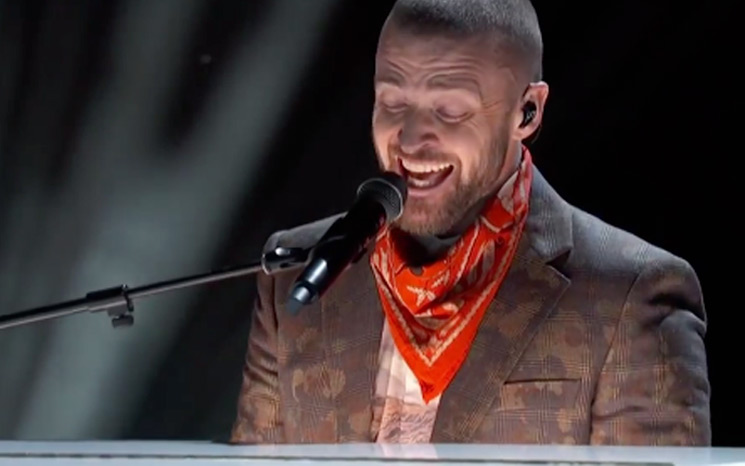 JT performed plenty hits like “Rock Your Body,” “SexyBack,” “Cry Me a River,” “Suit & Tie” and “Can’t Stop the Feeling!” just to name a few, and even paid homage to Prince in the late singer’s hometown.

That freshly viral selfie-taking kid isn’t the only one who posted about the performance on social media, though.

Some Timberlake’s famous friends immediately shared their appreciation for the halftime show — with Ellen Degeneres, Jimmy Fallon and Nick Jonas sharing high praise.   But if Twitter’s taught us anything, it’s that for every adoring fan, there are plenty more trolls waiting in the wings to tear pop culture’s biggest moments to shreds.

Some people took issue with faulty sound on the stage and JT’s bold choice a camouflage suit and woodsy graphic tee, while other’s more seriously criticized him for his failure to acknowledge and apologize for his infamous Super Bowl performance with Janet Jackson in 2004 (you know, the one with the wardrobe malfunction).

Hell, fans have even declared today #JanetJacksonAppreciationDay on Twitter, standing up for the singer after her career took a major hit following the nip-slip — an event that Timberlake was able to slide away from largely unscathed.

See some the JT backlash below.