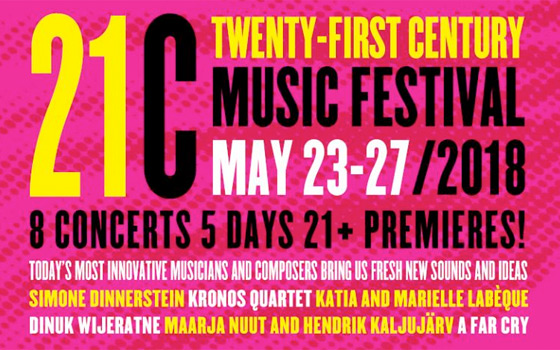 The classically oriented 21C Music Festival is returning to Toronto. The next instalment will take place in various venues around the city from May 23 to 27, and the lineup performers and composers has been announced.

All these artists will be taking on the works by such notables as Sigur Rós, Nico Muhly, Arvo Pärt, Steve Reich, the National’s Bryce Dessner and John Coltrane, among others.

It all amounts to five days, eight concerts and a series premieres.

You can learn more about programming for the festival, as well as tickets and passes, here.