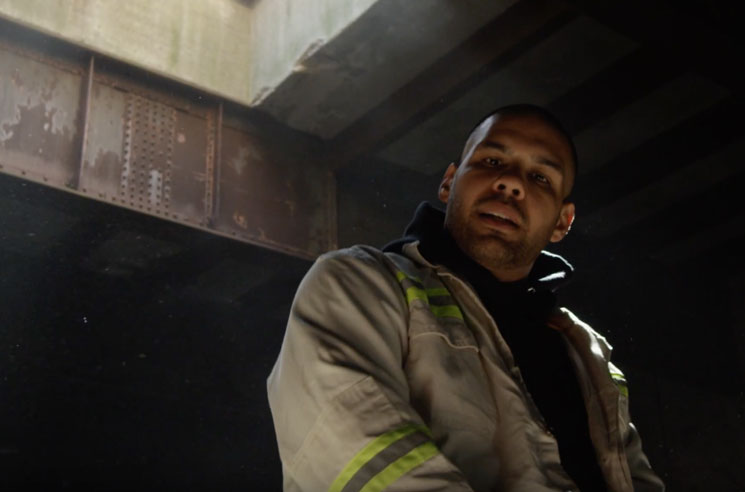 Before the end last year, Third Man Records made an announcement that it had signed its first rapper, though the imprint wouldn’t reveal a name or music at the time. Now, Jack White’s label has revealed its signee to be Queens rapper SHIRT.

The rapper has already lined up his first recorded effort for the label, with a full-length album titled PURE BEAUTY set to arrive digitally February 9. The album, said to be inspired by conceptual artist John Baldessari, will also be treated to a limited physical LP edition on February 23.

SHIRT has also shared a taste what’s to come from the disc with “Flight Home,” which arrives accompanied by a video. The clip finds SHIRT riding through Manhattan on top a truck, delivering his bars as it drives. From there, it’s underground to the city’s Freedom Tunnel to show f some graffiti in addition to his raps.

Take in the video for “Flight Home” in the player below.