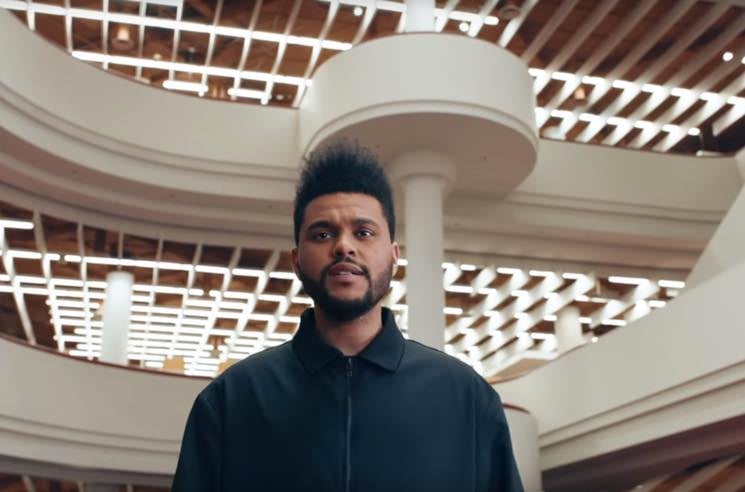 Despite recently forming a partnership with fashion retailer H&M, the Weeknd says he’s effectively cut all ties with the chain as the result a racially fensive advertisement.

The ad features a black boy wearing a hoodie that reads “Coolest Monkey in the Jungle,” leading many online to quickly slam H&M for being so racially insensitive.

“Woke up this morning shocked and embarrassed by this photo. I’m deeply fended and will not be working with H&M anymore,” the Weeknd tweeted this morning.
The Roots’ Questlove also took to social media to speak out against the fending photo.

As previously reported, the Weeknd struck up a partnership with H&M last year, developing his own fashion line for the Swedish retail giant.

The ad was originally featured on H&M’s UK site, and following the backlash, the retailer issued the following statement after pulling the image: “We sincerely apologize for fending people with this image a printed hooded top. This image has been removed from all online channels and the product will not be for sale in the United States.”

As yet, the retailer has issued no statement regarding the Weeknd’s announcement that he will no longer be working with the company.