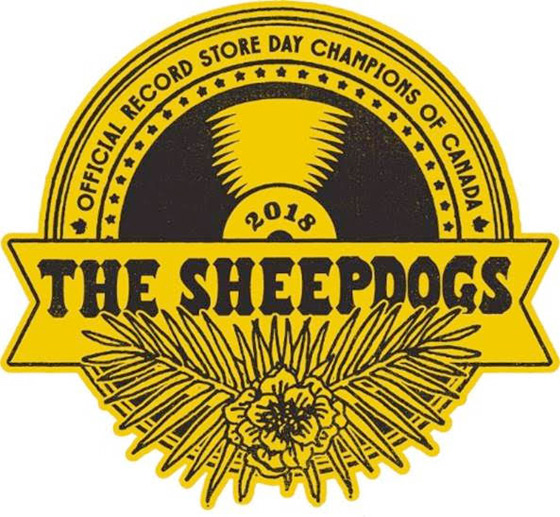 The ever-divisive Record Store Day is approaching whether you like it or not. And while we’ve yet to get the list exclusives for this year’s event, we have just learned that Canadian bro-rock troupe the Sheepdogs have been minted Record Store Day’s first-ever “Champions Canada.”

If you’re scratching your head about what that title might actually mean or entail, so are we. But a press release from the band’s label, Warner, goes on to compare the Sheepdogs to “notables” Elton John (2017 RSD Champion Great Britain), Jack White (2013 RSD Ambassador) and Dave Grohl (2015 RSD Ambassador) in “celebrating independent record stores.”

Other than that comparison, the band have uploaded a video themselves showing f some their vinyl collection (with their own albums prominently displayed in the background on their Kallax).

As could be expected, the Sheepdogs tell us they indeed love vinyl (or “vinyls” if you prefer), as they show f albums by the likes Beatles, Beastie Boys and — most all — their own record Changing Colours. They also talk the thrill hunting wax while out on tour and then the comfort slapping it down on the turntable when they get back home.

Most all, though, the Sheepdogs do some serious promo in the video for their own upcoming RSD releases, which include a 7-inch featuring live performances their tracks “Nobody” and “I’ve Got a Hole Where My Heart Should Be.” The band also reveal they will be releasing the first vinyl pressing for their first two LPs, Big Stand and Trying to Grow.

You can watch the promo video for yourself below, while we wait and see what other RSD duties might come from Sheepdogs’ role as “Record Store Day’s Champions Canada.”

This year, Record Store Day takes places at participating record stores across the world on April 21.