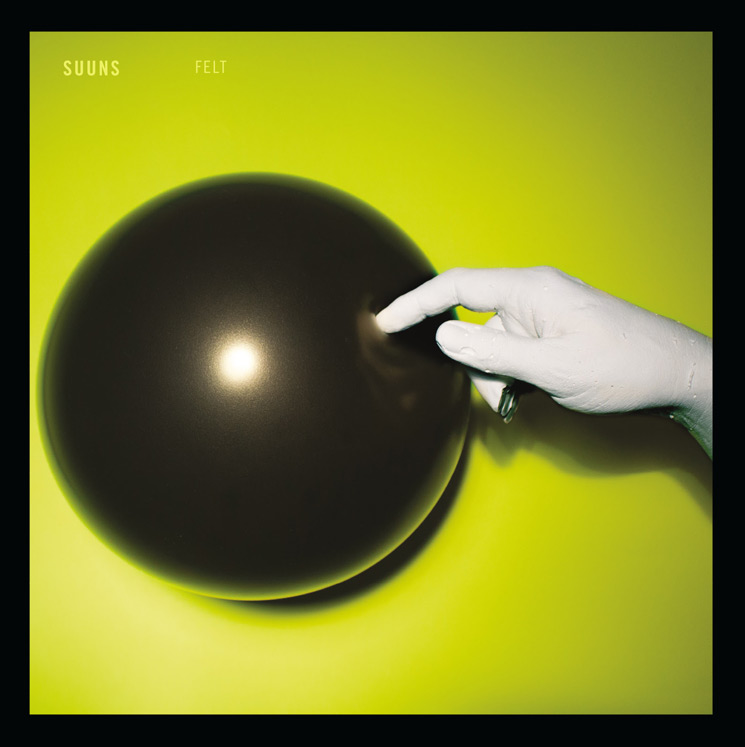 The album follows 2016’s Hold/Still and apparently finds the group in a looser frame mind. In a statement, singer/guitarist Ben Shemie explained, “This record is definitely looser than our last one. It’s not as clinical. There’s more swagger.”

The LP also comes with more optimism from the ten dark-leaning group — something that’s purposely reflected in the new album title.

“Some people might think the material,” Shemie said calling the album Felt. “I like that that could be misconstrued. Also it’s to have felt and not to feel — a little introspective, but that feeling’s in the past.”

Suuns captured Felt at Montreal’s Breakglass Studios and self-produced the record. The album was then mixed by John Congleton (St. Vincent).

To get a taste what Suuns have cooked up, you can watch their new video for album track “Watch You, Watch Me” below.

“Often we think we know peoples’ faces well, especially casual acquaintances but when we stop and really stare at them they start to look different to us,” said video director Russ Murphy in a statement. “I wanted the video to give you that slightly odd feeling and also the uncomfortable feeling being watched. Mainly I wanted it to be a crazy, frenetic & unsettling like the track itself.”

That’s the album cover up above, and as you can see, it features a very black balloon.

“I was at a barbecue last summer and there were balloons everywhere,” Shemie said the cover design. “I like this idea pressure, resistance, and pushing against something just before it brakes. And there is something strangely subversive about a finger pushing into a balloon. It seemed to fit the vibe the record we were making. We made plaster casts our hands, going for a non-denominational statue vibe. Joe came up with the colour scheme, the sickly green background, and shot the whole cover in an hour.”

Down below, you can check out the tracklist for Felt, as well as find a series upcoming tour dates.