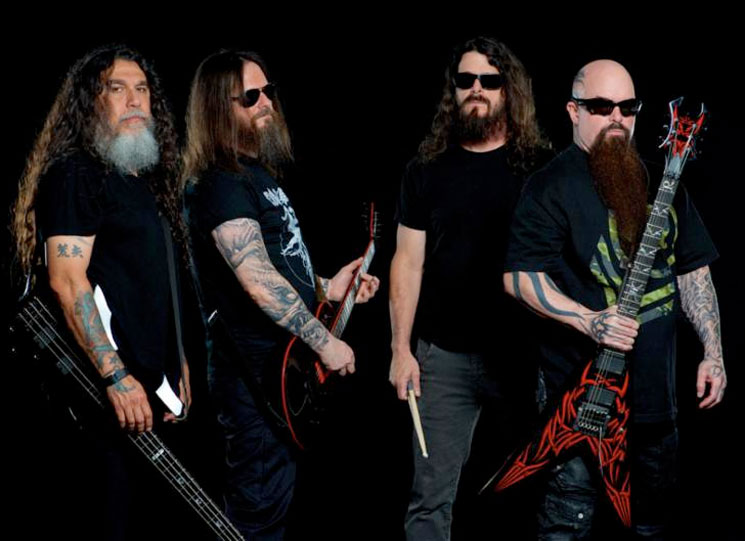 Earlier this week, Slayer announced plans to call it quits after a final farewell tour. While it was understood they would be stepping away from the stage, nothing was mentioned about whether Slayer had any plans for further studio work or some kind farewell album. Now, though, guitarist Gary Holt has effectively ruled out the possibility further records from the thrash giants.

In a new interview with The Metal Voice at the Heavy Metal Hall History, Holt gave a firm “no” when asked about a potential follow-up to 2015’s Repentless.

“No. No, there’s no new album. I’d say it’s a no. But my name is Gary ‘No Comment’ Holt today. I don’t know nothing,” he said. “You’ve seen the dates, you saw the press releases. And come out and celebrate the mighty history  Slayer, which I’m lucky to have been part for the last seven years now. It’s been a ride, it’s been remarkable, and we’re gonna end it in gloriously violent fashion.”

Holt did tease things to come from a Exodus record, saying “It’s heavy, course. It’s crushing. It’s brutal. But it’s something else — it’s something altogether different.” You can find his interview in the player below.

Slayer have mapped out the North American leg their farewell tour alongside Lamb God, Anthrax, Behemoth and Testament. You can find a full list dates here.