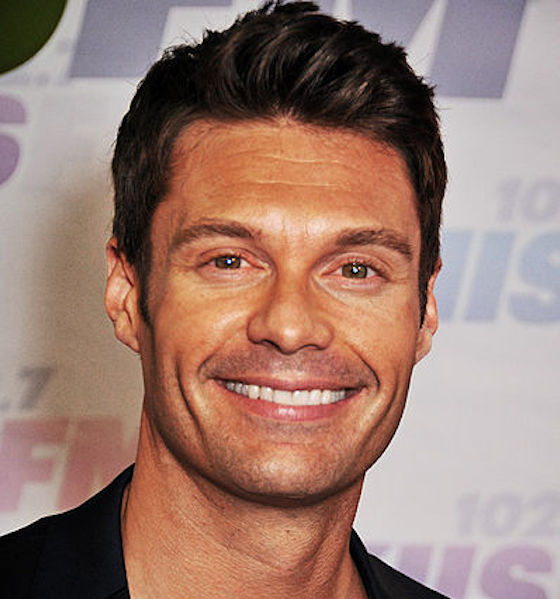 Radio and television personality Ryan Seacrest is the latest public figure to face some serious allegations from the ongoing #MeToo movement. Today, details have emerged from allegations sexual misconduct that were discussed internally at E! last year. Specifically, Seacrest was accused sexually harassing and abusing his former personal stylist.

As Variety reports, Seacrest’s personal stylist Suzie Hardy alleged that Seacrest acted inappropriately with her for years. She claims he grinded his erect penis against her while wearing nothing but his underwear, groped her vagina, and slapped her rear end so hard that it left a large welt still visible hours later.

Hardy worked for Seacrest from 2007 to 2013. She claimed that as a single mother she didn’t report the alleged abuse because she wanted to provide for her family. She claims that she finally did report Seacrest’s actions to human resources in 2013, at which point her employment was terminated.

“As proud as I am and as strong as a woman as I am, as smart as I am and as much work as I’ve done with therapists, it really affected me,” Hardy told Variety.

She added that Seacrest allegedly gave her gifts throughout the years her employment at E! and made inappropriate requests, allegedly asking her to take a nap with him.

E! and its parent company NBCUniversal launched an internal investigation regarding the allegations, concluding that they had found “insufficient evidence to support the claims against Seacrest.”

An E! spokesperson insisted that the investigation was thorough.

“E!’s investigation was extremely comprehensive and thorough,” the person told Variety. “Over the course a two month process, our outside counsel interviewed more than two dozen people regarding the allegations, including multiple separate meetings with the claimant. The investigator is an attorney with nearly 20 years experience and is highly regarded pressionally. Any claims that question the legitimacy this investigation are completely baseless.”

Still, Hardy feels like she was treated unfairly by the organization.

“Total exasperation was my definite feeling when I heard about it,” Hardy said the investigation’s conclusion. “I felt like by the third interview, it was obvious the investigator was whitewashing it for Seacrest’s side.”

Seacrest has refuted Hardy’s claims on numerous occasions. Seacrest’s lawyer Andrew Baum fered a statement to Variety, saying, “It is upsetting to us that Variety is electing to run a ‘story’ about untrue allegations that were made against my client, after they were told that the accuser threatened to make those false claims against him unless he paid her $15 million. At that time, the claimant threatened to issue a demonstrably false press statement unless she was paid. Instead, my client proactively and publicly denied the claims and agreed to fully cooperate with E!’s investigation about the matter.”

Hardy’s lawyer, meanwhile, claims she never asked for any financial compensation any kind about the matter.