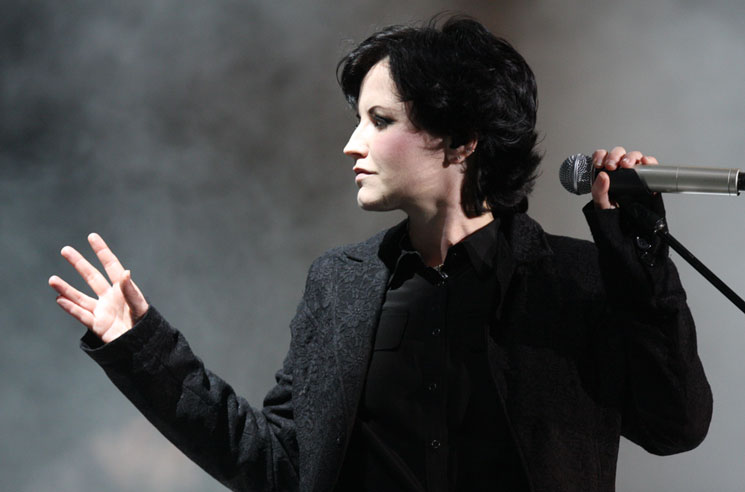 Dolores O’Riordan — the lead vocalist Irish rock outfit the Cranberries — has died suddenly at the age 46.

O’Riordan’s PR agency confirmed her passing a statement, noting that she was in London for a short recording session.

The statement reads, “Irish and international singer Dolores O’Riordan has died suddenly in London today. She was 46 years old. The lead singer with the Irish band The Cranberries, was in London for a short recording session. No further details are available at this time.”

O’Riordan’s representatives added, “Family members are devastated to hear the breaking news and have requested privacy at this very difficult time.”

As press time, her cause death is not yet known.

Born in Limerick, Ireland, in 1971, O’Riordan auditioned for the Cranberries (then called the Cranberry Saw Us) after responding to an advertisement in search a female vocalist. After changing their band name, early demos caught the attention press and the recording industry, leading the band to sign with Island to release their first major label EP Uncertain in 1991.

The band reunited to tour North America and Europe in 2009, releasing their sixth LP Roses in 2012. They delivered the compilation LP Something Else last year, which featured acoustic and orchestral versions 10 singles, in addition to three new tracks.

In May last year, the band cancelled tour dates in both Europe and North America due to a back problem. O’Riordan had also been diagnosed with bipolar disorder in 2015.

O’Riordan previously lived in Canada, north Peterborough, ON, with her now ex-husband and music manager Don Burton. The couple had three children together but separated in 2014. The singer had recently travelled to Toronto over the holiday to visit her children.

Following the news O’Riordan’s passing, many have taken to social media to pay tribute and express their condolences. You can see some those posts down below.