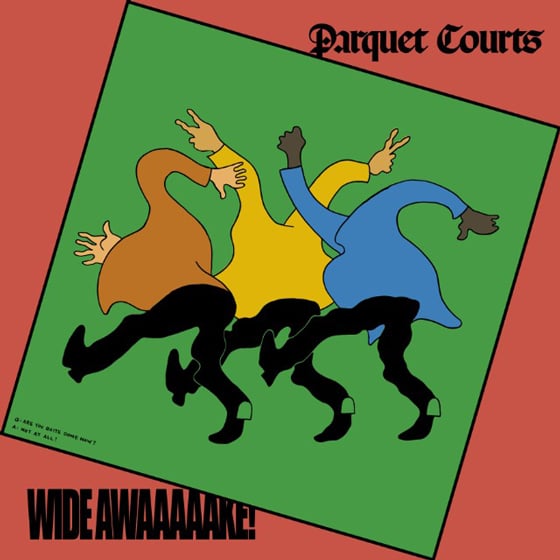 After it was revealed Parquet Courts were working with Danger Mouse earlier this month, the band have now lifted the curtain on the new full-length recorded with the producer.

Titled Wide Awake!, the band’s fifth LP is set to arrive May 18 through Rough Trade. Thirteen tracks in length, the collaboration with Danger Mouse (a.k.a Brian Burton) came about after he reached out to the band with the opportunity to stretch their songwriting chops.

“The ethos behind every Parquet Courts record is that there needs to be change for the better, and the best way to tackle that is to step out one’s comfort zone,” guitarist/singer A Savage said in a statement. “I personally liked the fact that I was writing a record that indebted to punk and funk, and Brian’s a pop producer who’s made some very polished records. I liked that it didn’t make sense.”

The songs are said to be filled with the band’s “traditional punk rock passion, as well as a lyrical tenderness.” A taste what’s to come from the disc can be heard below with “Almost Had to Start a Fight/In and Out  Patience.”

Parquet Courts are also set to take the record on tour, kicking f a run North America in April after three sold-out performances in California this month. The trek includes Canadian dates in Montreal and Toronto.

You can find a complete itinerary below the album’s tracklist.

1. Total Football
2. Violence
3. Before the Water Gets Too High
4. Mardi Gras Beads
5. Almost Had to Start a Fight/In and Out  Patience
6. Freebird II
7. Normalization
8. Back to Earth
9. Wide Awake
10. NYC Observation
11. Extinction
12. Death Will Bring Change
13. Tenderness