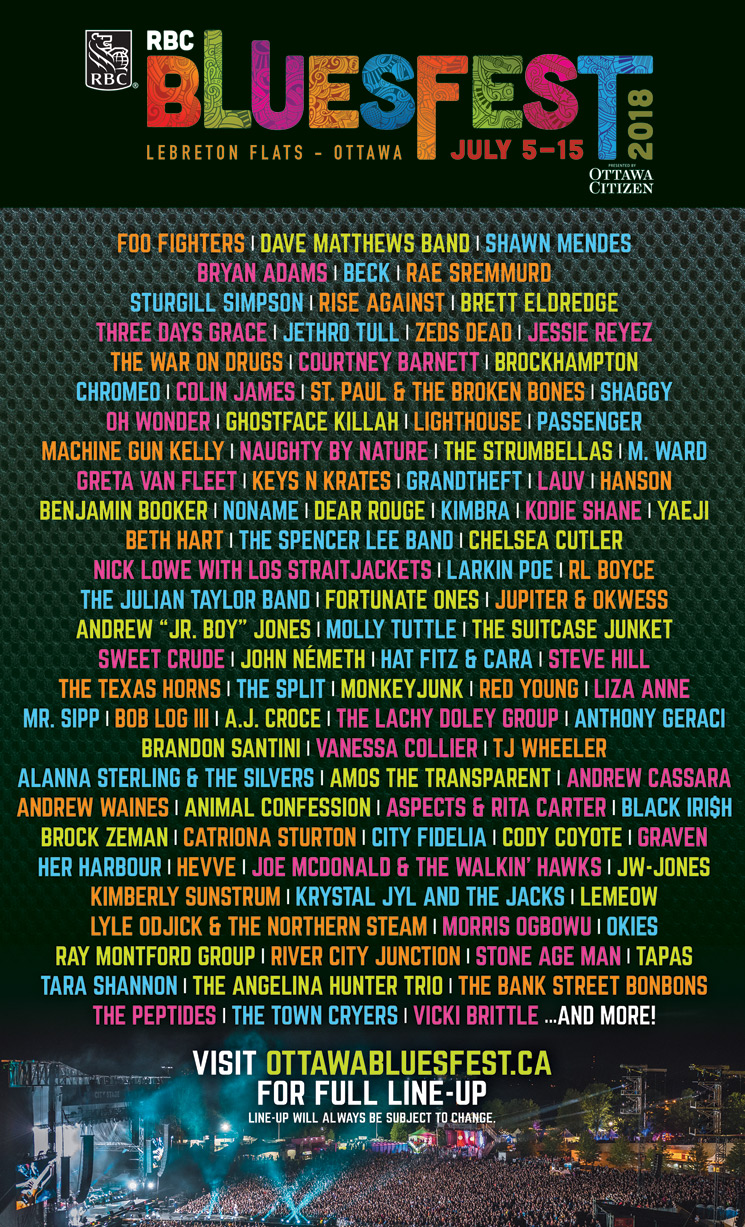 Bluesfest will be adding more acts in the weeks to come, and you can see all the currently announced acts here.

“It’s always challenging to put together a diverse yet compelling lineup, year in and year out, but this year we’ve definitely hit on some great names from a lot different genres” festival executive and artistic director Mark Monahan said in a statement. “Since we’ve been stuck in quite a deep freeze this winter, I’m really looking forward to our summertime celebration great music with the greatest music fans in the world.”

Further ticketing options and details can be found through the festival’s ficial website.