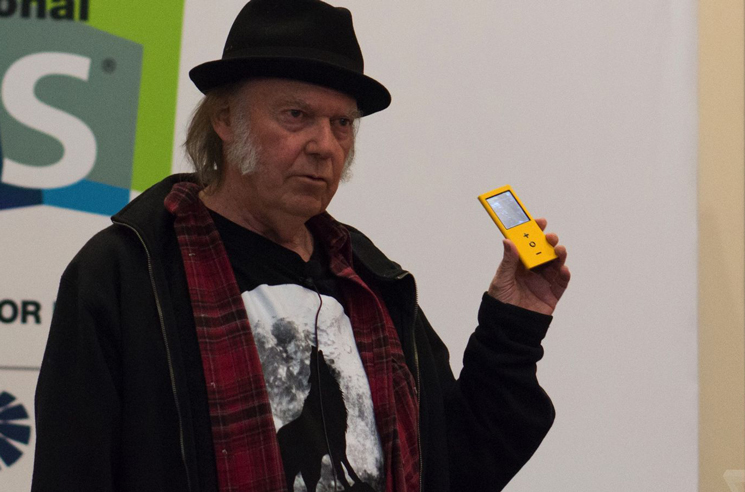 Back in 2015, Neil Young thought he had completed his never-ending quest to give listeners everywhere the joy hi-res audio with the release his Pono player and download service. Of course, the triangular device never quite took f with consumers, and now Young has pinned its failure on record labels.

“It’s my feeling that all music should cost the same,” Young expressed. “The hi-res] file doesn’t cost any more to transfer. And today with streaming, you don’t have the problem unauthorized file sharing]. Who wants to copy something if you can stream it?”

He continued: “The record companies, by charging three times as much for hi-res music as they charge for regular music, they’ve killed hi-res music,” adding, “It’s the dumbest thing I’ve ever seen.”

In the wake Pono’s demise, Young is now focused on hi-res platform XStream, which is currently being used for his own massive online archive.

Calling it a platform as opposed to a service, Young noted that “there’s nothing stopping anybody else from starting something similar]…The record companies are in the way with the high prices. There should be hi-res streaming services everywhere.”