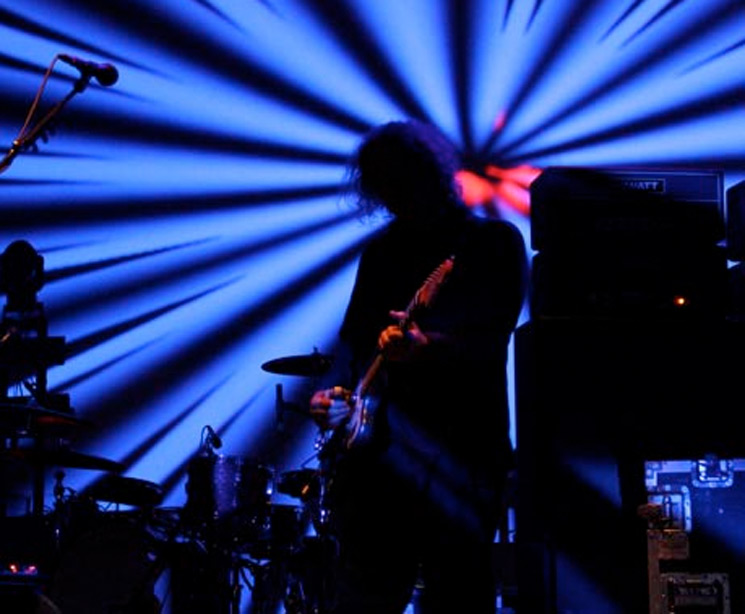 It’s proving to be a seriously big year for My Bloody Valentine fans. But while we’ve been promised a new album from the shoegaze legends, it appears we’ll first get a series EPs, according to band leader Kevin Shields.

“It’s more like I’m making an EP, but I don’t want to be constrained to four songs or a certain length or anything,” Shields said MBV’s new release plans. “It’s really an EP but it’s a sprawling EP. I’m going to do a couple them before I do an album.”

Shields’ full quote about MBV’s new material is as follows:

We] started recording a new album over a year ago, and it was based on some ideas I had. We started to work only in Pro Tools to sort see if these ideas actually work. And they kind did.

So, then, we started to record analog last summer and we stopped again. We only really got backing track stuff done, drums and stuff. And then I’ve only really got into it, now, essentially because I’m not making an album in the way I would normally make an album, which is a self-contained thing. It’s more like I’m making an EP, but I don’t want to be constrained to four songs or a certain length or anything. It’s really an EP but it’s a sprawling EP. I’m going to do a couple them before I do an album. I think we’re going to play live in the summer and we’re just going to start introducing new ideas. So I just want to mix it up a bit and get away from my ‘every 20 years and make an album and then tour and disappear for five years.’

Time is finite, so there’s only that much time available and I’m going to spend X amount years doing stuff that’s technical and it just means that that’s what’s gone. And these next three or four years will be focused on just doing stuff. This EP thing — I’m focusing on that just to get it wrapped up before we start rehearsing in June — and then I’m going to make another one. I like that attitude. And then I’ll make an album. But, in the meantime, we’ll be playing live trying stuff out live. I just want to try and mix things up a bit and get into a more present state, which I’ve never really been in.

Elsewhere in the NPR interview, Shields discusses My Bloody Valentine’s recently released all-analog vinyl reissues their classic albums Loveless and Isn’t Anything, as well as his recent work with Brian Eno. As previously reported, Shields and Eno will be releasing a new collaborative 12-inch as part Record Store Day on April 21.

You can check out the entire interview with NPR over here.