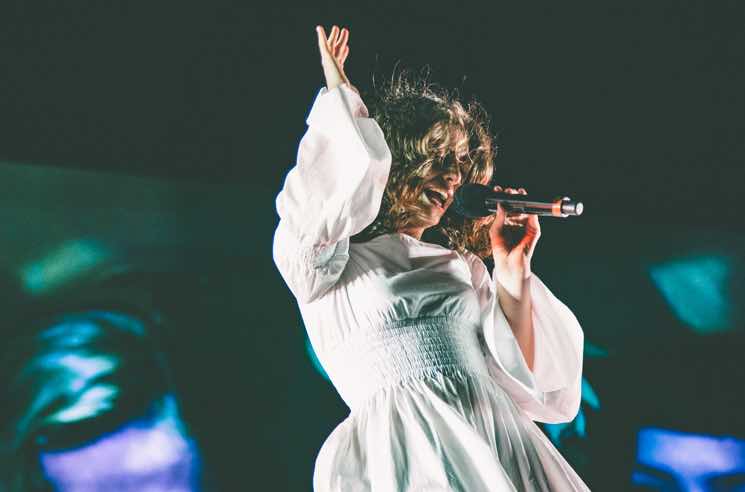 Lorde has been performing in New York City during the lead-up to tonight’s 60th Grammy Awards, but the Melodrama singer reportedly won’t be performing at the awards show.

She’s the only female artist nominated for the night’s top honour, Album the Year, alongside Childish Gambino, JAY-Z, Kendrick Lamar and Bruno Mars — but also the only nominee from the category that was not fered a slot to perform solo during the show.

Variety reports that a source close to Lorde said that the New Zealand-born singer was approached to sing “American Girl” as part a Tom Petty tribute, but she declined. Organizers and Lorde were unable to come to a different deal prior to showtime.

Many have accused the Grammys gender bias for fering the male performers the opportunity to perform songs from their nominated albums.

Lorde’s own mother, Sonja Yelich, seemed to comment on the disparity Twitter. On Friday (January 26) she shared a clipping from the New York Times that reads:

“Of the 899 people nominated in the last six Grammy Awards, the report found, 9 percent were women. (This year, Lorde is the only woman nominated for album the year; she is not scheduled to perform.)”

She simply captioned the clipping: “This says it all.”

Lorde’s mom isn’t the only one baffled by the performer omission, though.
Lorde has previously won two Grammy Awards, taking home Song the Year and Best Pop Solo Performance for “Royals” in 2014. She performed at the ceremony that year.

Head over here to keep tabs on all tonight’s Grammy winners.