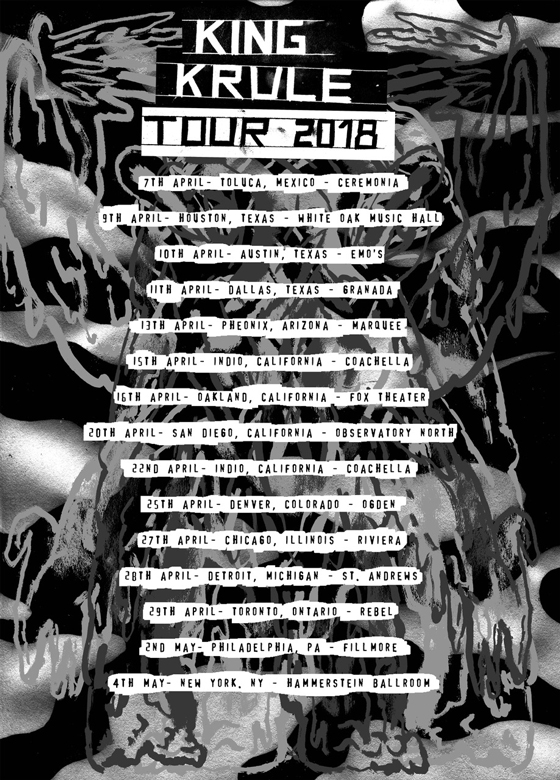 After being confirmed to appear at the 2018 edition Coachella, King Krule has mapped out a more complete run North American tour dates.

The trek will find the songwriter Archy Marshall playing a total 15 dates on the continent in April and May. The run includes one Canadian stop, bringing him to Toronto’s Rebel on April 29. Marshall had previously played Montreal last year, not long after releasing The OOZ.

Tickets for all dates go on sale January 26 at 12 p.m. local time. You can find a complete tour itinerary below.