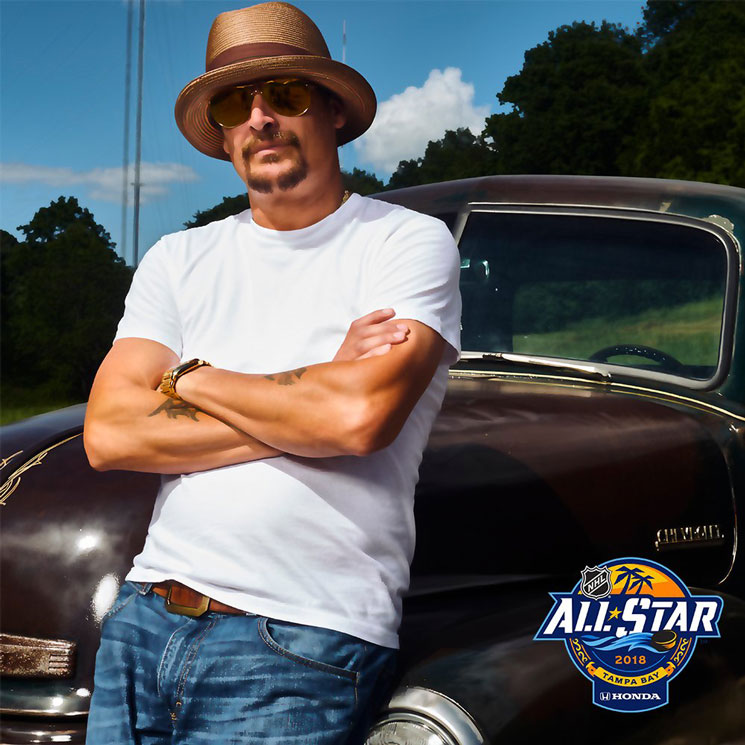 The National Hockey League will showcase its biggest stars at the 2018 All-Star Game in Tampa, Florida on January 28. While it’s no secret that the NHL is among the more conservative leagues in pro sports, the once-proclaimed “coolest game on earth” became significantly less cool by announcing Kid Rock as this year’s halftime entertainment.

The league took to Twitter to make the announcement Tuesday (January 16), where they were met with largely negative reaction. Some mocked the NHL’s pick by suggesting that Creed, Limp Bizkit and Vanilla Ice weren’t available, while user @OMJason pointed out that “a league desperate to grow its fanbase choosing such a polarizing performer is a really weird choice.”

Maybe NHL commissioner Gary Bettman is a really big fan the “American Bad Ass,” or perhaps this is another attempt to bring hockey to American markets that could care less. It’s stunning how it took the league six years to go from having Drake perform to thinking fans would want some Sweet Southern Sugar.

Pore over reaction to the announcement below.