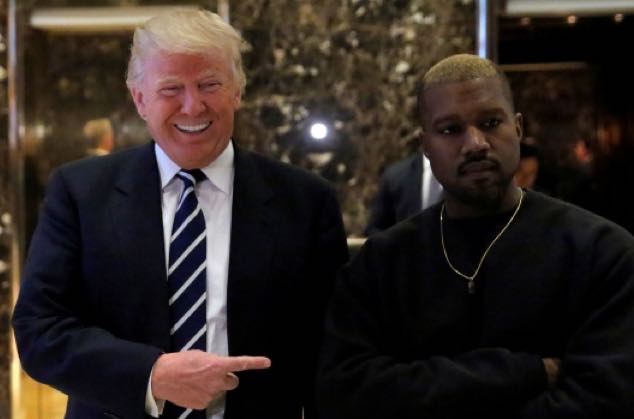 This morning, Hot 97 host Ebro revealed details a conversation he recently had with Kanye West, in which he claims the rapper declared his love for Donald Trump.

Ebro did specify that West’s appreciation for Owens was based on her willingness to think differently in an attempt to make progress, but he also revealed West’s support for an even more divisive political figure — Trump.

“I love Donald Trump,” Kanye reportedly told the host, despite his additional claims that he just wants to “lead with love.”

Watch Ebro and his morning show colleagues dissect Yeezy’s political allegiance in the video clip below.

Shortly before he was hospitalized and forced to cancel the “Saint Pablo Tour” last year, West ranted onstage that he didn’t vote, but he would have voted for Trump in the last U.S. election.

Shortly thereafter, West proved his political leanings by taking a meeting with the then-president-elect at Trump Tower (and subsequently defending his decision to do so).