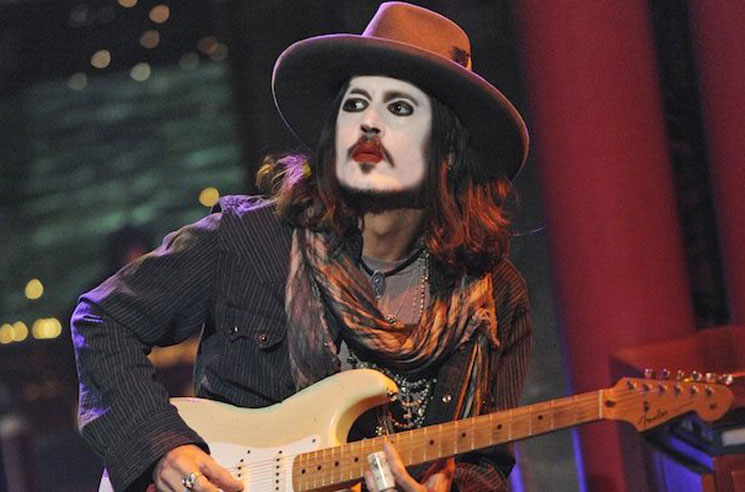 The friendship between Marilyn Manson and Johnny Depp is one that’s been well-documented, and the two could take their buddy status to new heights if the actor joins the shock rocker’s backing band.

Manson hinted on Twitter yesterday (January 16) that Depp “is considering a position on guitar.” Of course, Depp is no stranger to teaming up with rock’s biggest names, having formed the supergroup Hollywood Vampires alongside Alice Cooper, Aerosmith’s Joe Perry and Guns N’ Roses bassist Duff McKagan back in 2015.

Depp also recently appeared in videos for Manson’s “KILL4ME” and “SAY10,” both taken from his recent full-length Heaven Upside Down.

Nothing is confirmed at this point, obviously, but you can see Manson’s tweet below and start imagining what could be.