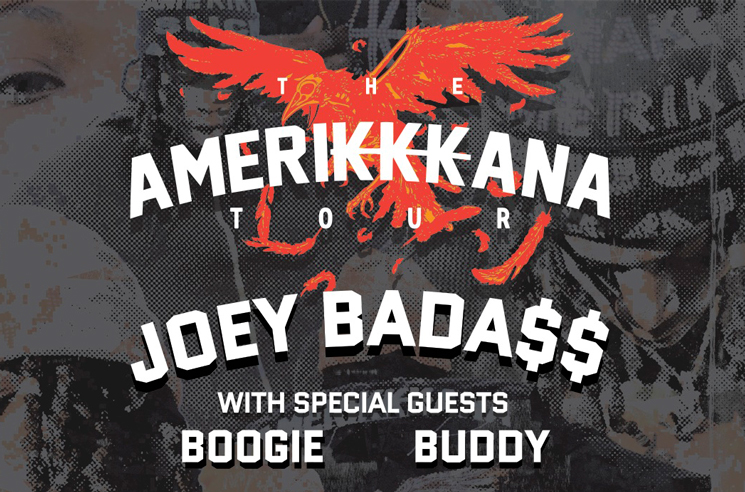 After delivering his acclaimed All-Amerikkkan Bada$$ last year, Joey Bada$$ will now bring the effort back to North America on tour this year.

Numerous online listings show that Bada$$ will embark on “The Amerikkkana Tour,” playing dates throughout the United States and Canada in April and May. Compton MC Buddy and Boogie will provide support.

As far as Canadian dates go, Bada$$ is slated to first pop up on the West Coast, with a show at Vancouver’s Vogue Theatre on May 12. From there, he’ll close the tour with dates in Toronto and Montreal, playing the former city’s Phoenix Concert Theatre on May 25 before taking the stage at the latter’s MTELUS on May 26.

Tickets for all dates go on sale Friday (February 16) at 10 a.m. local time. Find the currently confirmed tour itinerary below.