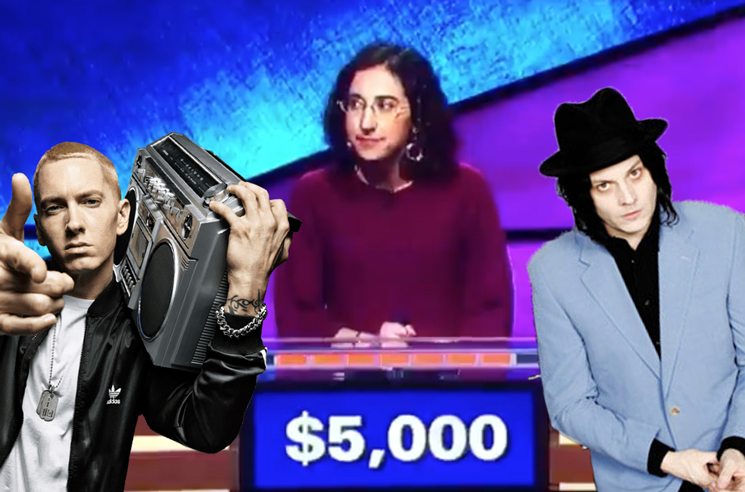 Last week, a Jeopardy contestant went viral after losing a decent chunk change for mispronouncing the title a Coolio song. As it turns out, this week’s contestants don’t appear to be well-versed in hip-hop either.

The clue read, “A recent vinyl resurgence has been aided by this musician, who built a pressing plant in his Detroit hometown.” Contestant Julie Zauzmer buzzed in first only to answer “Eminem” incorrectly. Another contestant buzzed in to answer correctly.

While the two musical icons do share a hometown, it’s safe to say they approach their looks and music in drastically different fashion. Eminem recently delivered his Revival LP, while Jack White lifted the curtain on his Boarding House Reach album earlier this week.

Watch the round unfold in the player below.