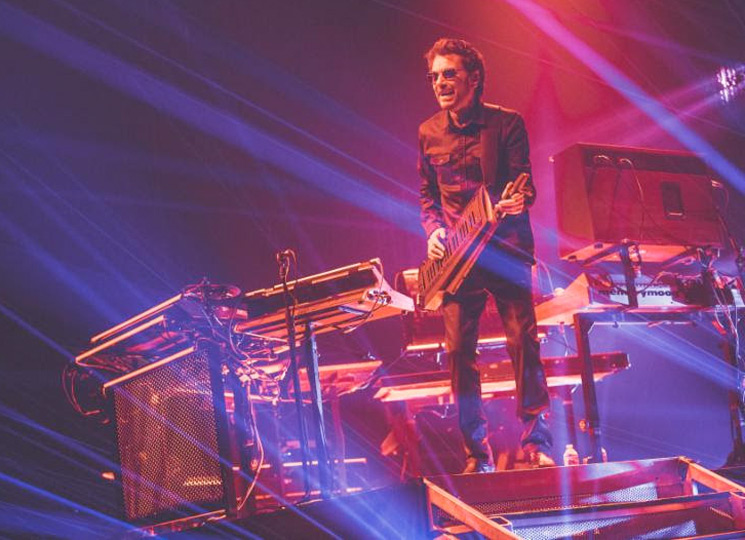 French electronic legend Jean-Michel Jarre will once again be embarking on a North America tour. And yes, he will be hitting up Canada.

Following 2017’s “Electronica World Tour” — Jarre’s first-ever North American tour — the musician has announced a series dates surrounding his newly confirmed performance at Coachella this year. The trek is a short one, however, with Jarre just playing six shows total.

Among these is a stop in Vancouver on April 17. Jarre will also return to Houston on April 10, where he last appeared back in 1986 to perform a one-f concert celebrating NASA’s 25th anniversary. That historic show saw more than 1.3 million people attend.

Like last year’s “Electronica World Tour,” the trek will feature an array future-leaning visuals, including “immaculate laser lights” and “perception-defying mobile LED panels,” with the entire stage show designed by Jarre himself.

You can see the complete schedule below.