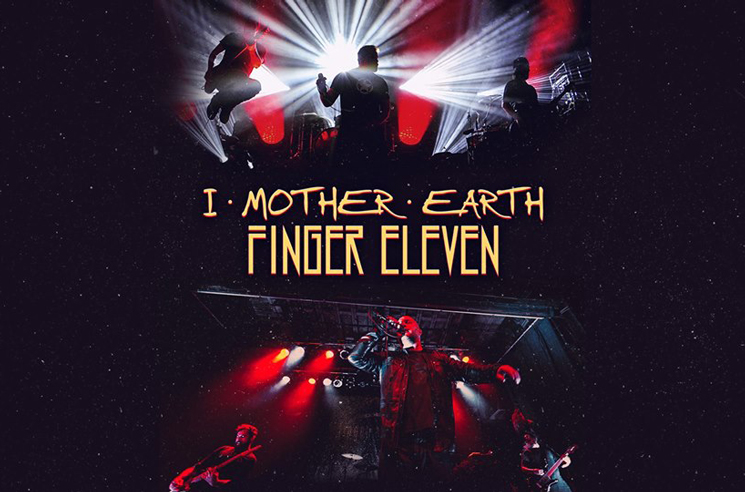 After teasing the joint tour last month, Canadian rock troupes I Mother Earth and Finger Eleven have announced plans to team up for a tour across the country.

The first leg the run, set to kick f at Peterborough’s Venue in April, will take the two groups throughout Ontario and Western Canada for a total 19 dates. The bands noted that dates in Quebec, Eastern Canada and the United States will follow.

Shows on the run will find the bands performing an acoustic performance with a Q&A period ahead a full electric set. A complete itinerary for the first run can be found below.