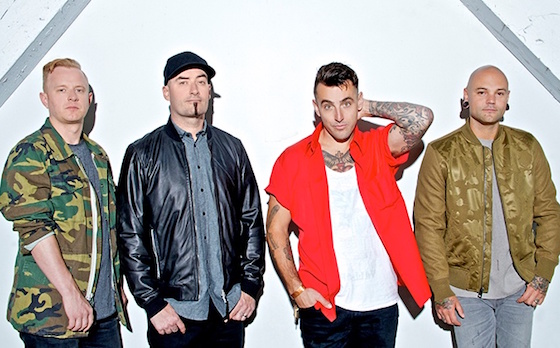 Hedley have announced that they are going on an indefinite hiatus in the wake numerous allegations sexual misconduct. The band plan to finish their current tour before taking a long, possibly permanent break.

The group released a statement on their Twitter page, announcing plans to finish their current tour before taking an indefinite hiatus.

“No excuses are going to be made by any us,” the band said in response to the numerous sexual misconduct allegations that have been posted on social media and in the media. “We clearly have some soul-searching to do. That begins by us saying we are truly sorry, as individuals and as a band, to anyone who has been negatively affected by our behaviour.”

On his own Twitter, frontman Jacob Hoggard added his own statement. “I have never behaved in non-consensual sexual behaviour in my life. Ever…. However, over the last 13 years, I have behaved in a way that objectified women.”

He went on to call his treatment women “reckless and dismissive,” adding, “It’s time for me to change.”

As previously reported, Hedley withdrew from the Junos earlier this month after organizers cancelled their performance in the wake the allegations brought up against the band the #outHedley2k18 social media campaign. The band have faced numerous allegations, including a recent CBC report accusing Jacob Hoggard rape and allegations that Hoggard inappropriately touched a Calgary radio host.

At this time, no formal charges have been laid against Hedley and no allegations have been proven in a court law.

Hedley’s tour is currently underway and concludes on March 23 in Kelowna. Read statements from Hoggard and the members the band below.