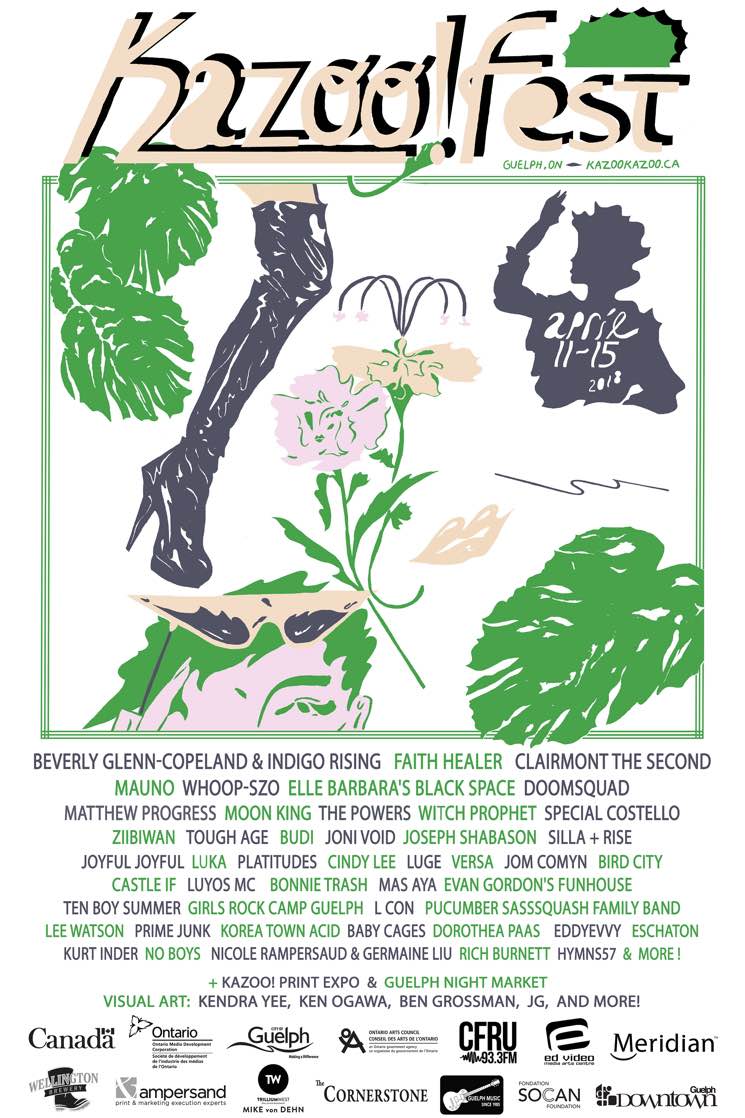 Kazoo! Fest will return to Guelph, ON, from April 11 to 15, and this year’s lineup performers has just been revealed.

In addition to the musical acts, the festival will also showcase works by a number visual artists.

Other special events include the Kazoo! Print Expo, showcasing zines, prints and comics; the Guelph Night Market, showcasing DIY creations and vintage curations; and a show, complete with a pancake breakfast, on Sunday morning (April 15).