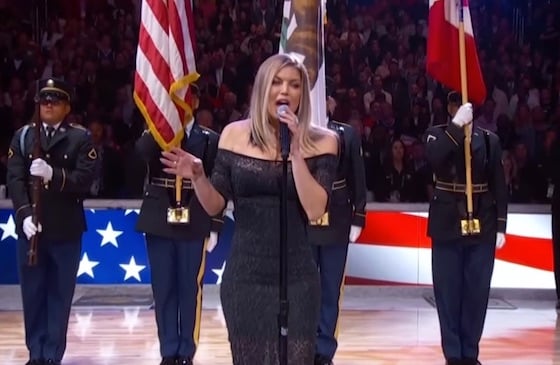 The world is an increasingly dark and cold place, but there are still brief respites from the sadness. Take, for example, Fergie’s disastrous performance the “Star Spangled Banner” at last night’s NBA All-Star Game.

Don’t believe us? Just watch it for yourself.

It was so bad, in fact, that it birthed timeless reaction GIFs in real time as basketball players tried (and ultimately failed) to hide their shock from the omnipresent TV cameras. Even Chance the Rapper snuck a giggle from the rafters.

If you managed to sit through the entire song, here is your reward:


UPDATE (02/19, 4:20 EST): Fergie has issued a statement about the performance to The Hollywood Reporter. “I’ve always been honored and proud to perform the national anthem and last night I wanted to try something special for the NBA,” she said. “I’m a risk taker artistically, but clearly this rendition didn’t strike the intended tone. I love this country and honestly tried my best.”​