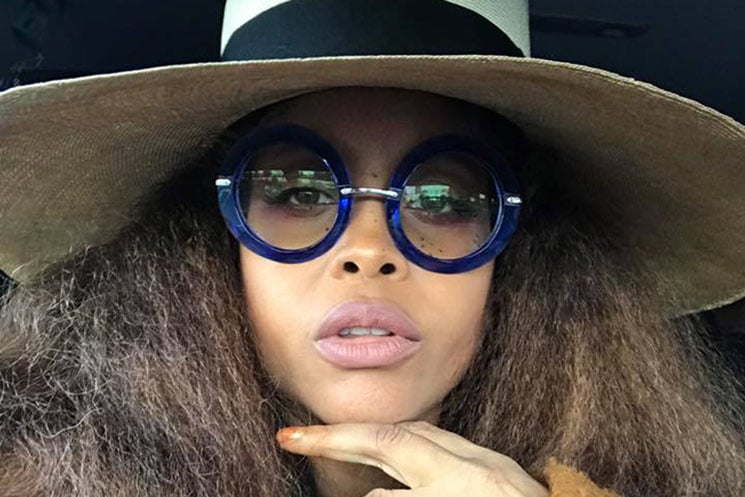 In an interview that’s sure to raise some eyebrows, neo-soul singer Erykah Badu has spoken out in defence both Hitler and Bill Cosby.

In an interview with Vulture, Badu said, “I see good in everybody. I saw something good in Hitler” before going on to compliment Hitler’s painting.

When the interviewer questioned her statement, she responded, “Okay, he was a terrible painter. Poor thing. He had a terrible childhood.” She clarified that she’s not anti-Semitic, describing herself as a “humanist.”

As for Cosby, she said, “I love Bill Cosby, and I love what he’s done for the world. But if he’s sick, why would I be angry with him? The people who got hurt, I feel so bad for them.”

She also cited legally embattled rapper XXXTentacion — who has been accused aggravated battery against a pregnant victim — as one her current musical favourites.

She chalked these opinions up to being a Pisces, explaining, “One fish is swimming upstream, one’s swimming downstream.”

Badu further noted that she doesn’t like taking sides and detaches herself from the “hive mentality.” From these quotes, it’s certainly clear that her opinions differ from what we’re used to hearing musicians say in the press.

Badu is no stranger to controversy. She was targeted by a human rights group after performing at a birthday celebration for Swaziland’s King Mswati III, she had a Malaysian concert cancelled over body art displaying the symbol Allah, and she was charged for disorderly conduct over her nude “Window Seat” video.