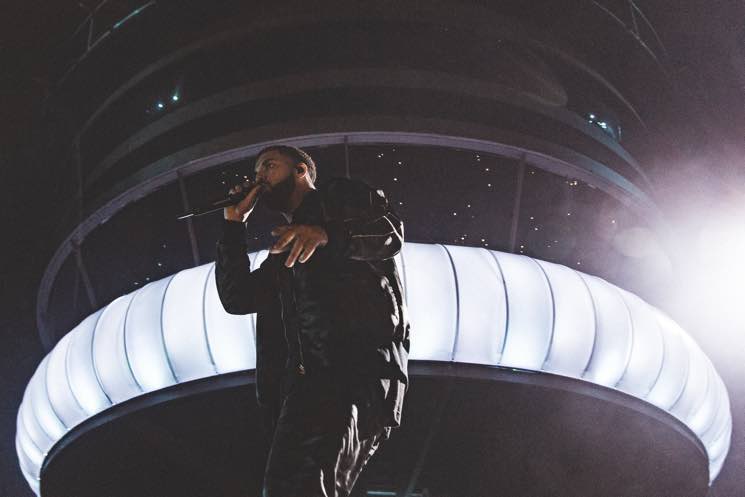 Drake has been teasing a new restaurant in his hometown Toronto since last summer, and the new place — ficially dubbed the Pick 6IX Restaurant — just got treated to a st-launch with a massive birthday bash for Dwyane Wade.

The party was ficially hosted by Wade’s Cleveland Cavaliers teammate LeBron James, as they’re currently in town for an upcoming game against the Toronto Raptors tomorrow night (January 11).

Of course, the 6 God himself was also in attendance, along with OVO crew members and collaborators like OVO Chubbs, DJ Charlie B, DJ Meel, Baka Not Nice, DJ Steph Floss, and Future the Prince.

The Canadian Press reported that Pick 6IX would open to the public today (January 10), though a press release has since clarified that fans and curious foodies will have to wait a bit longer before doors open. No ficial date has been set for a public grand opening, though a rep did say more details would be released this week.

As previously reported, the restaurant is located at Yonge and Wellington, near Union Station and the Raps’ home court at the Air Canada Centre.