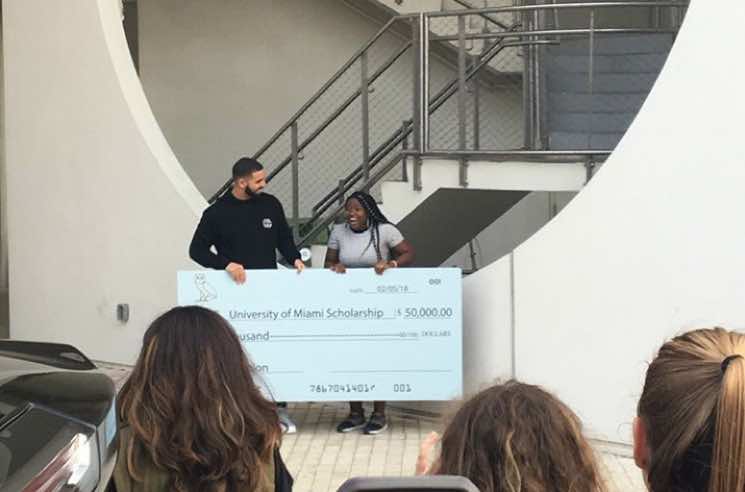 Drake has been in Miami over the last few days filming a music video for his record-breaking single “God’s Plan,” and while he was there he made some major money moves.

The Toronto rapper caused a frenzy by shooting the new clip at Miami Senior High and delivering an impromptu live show — but his legacy at the school will be lasting far longer than spectators’ Snapchats. He donated $25,000 to the school and pledged to help redesign the school uniforms.
In addition to the donation to the school, Drizzy also singled out one particularly special student and gave her a $50,000 scholarship to the University Miami.

Destiny James later took to social media to thank the rapper for his contribution to her education.

“Drake told me that he has read great things about me and appreciates how hard I’ve worked through so many trials and decided to give me $50K for my tuition,” she wrote.

After thanking the 6 God, she also showed some appreciation for the other God. Read her full message below.