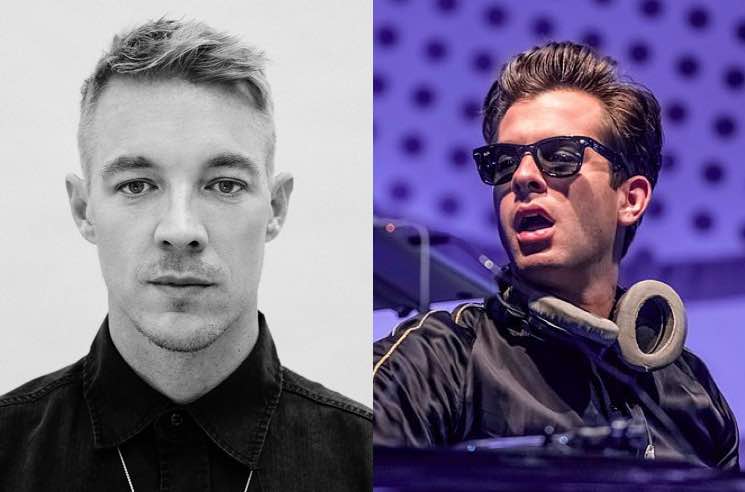 Keen observers may have noticed an interesting addition to this year’s Governors Ball lineup — Silk City. And although the name may be brand new to us, the men behind the moniker are rather familiar.

Silk City is a new collaborative project from Diplo and Mark Ronson, presumably named after the Philadelphia venue where Diplo started his DJ career.

The duo have yet to detail any ficial upcoming releases, though Diplo did tell GQ earlier this year that he’s known Ronson since his high school days and that they were “trying to do something with disco music.”

It’s unclear if Silk City will be dropping new music or announcing further live dates prior to their appearance at the Governors Ball, but fans Ronson and Diplo will definitely be able to catch them at the New York City festival, which runs from June 1 to 3.

Ronson, meanwhile, has been making appearances in videos by the likes Lady Gaga and Charli XCX. He also received producer credits on Gaga’s 2016 LP Joanne and Queens the Stone Age’s 2017 record Villains.