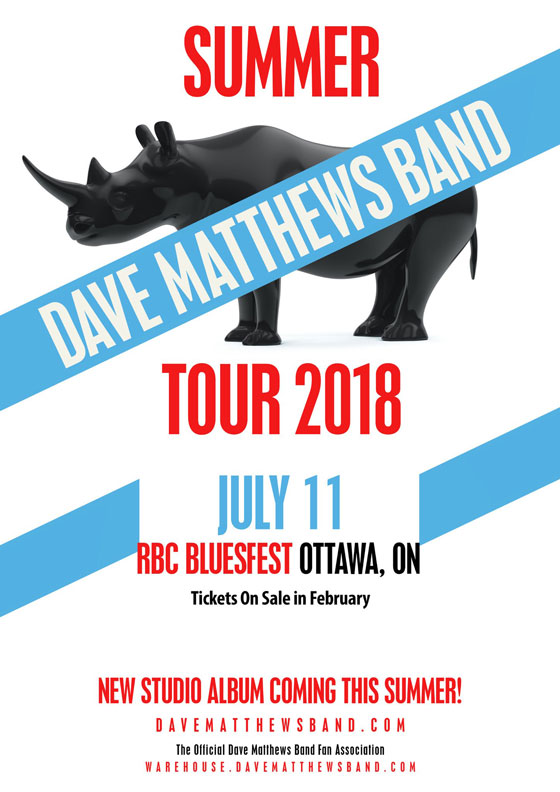 The lead-up to festival season is in full swing, with major fests across the continent unleashing their lineups well in advance warmer weather. Now, Ottawa’s RBC Bluesfest is getting in on the action by revealing one the big acts for their 2018 edition.

Festival organizers revealed that Dave Matthews Band will perform in the nation’s capital on July 11. Tickets for the show will go on sale in February, which is when festivalgoers can expect the rest the Bluesfest lineup to drop.

The date in Ottawa is part DMB’s summer tour, which also includes a second Canadian stop in Toronto. You can find a complete run dates here.

The tour announcement also comes alongside news a new album, which is said to arrive this summer. It marks DMB’s first studio effort since 2012’s Away from the World.