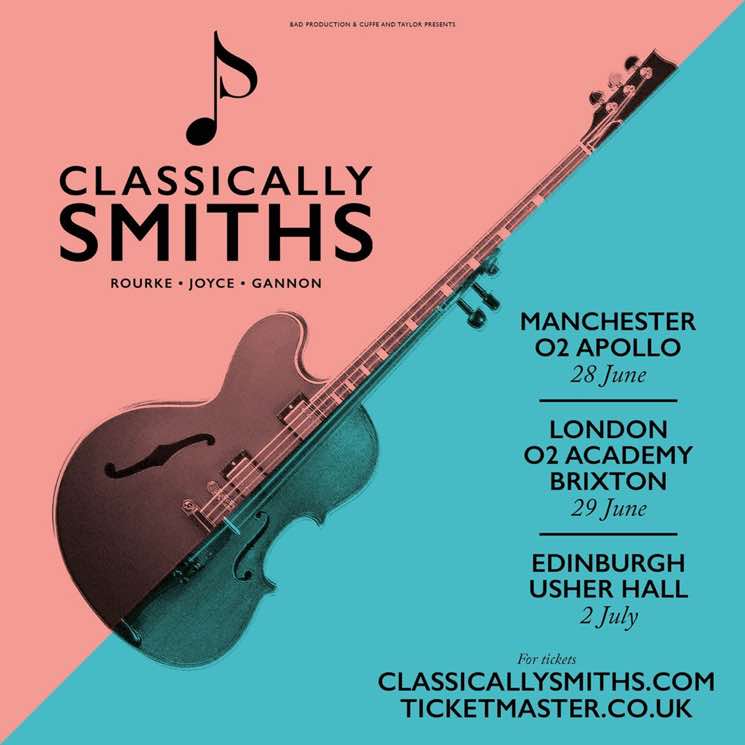 Like all former attempts at a Smiths reunion, the latest try has fallen into shambles. The band’s former drummer Mike Joyce, bassist Andy Rourke and secondary guitarist Craig Gannon were set to reunite to perform in a series shows called “Classically Smiths,” but after Rourke denied ever agreeing to the project in the first place, Joyce and Gannon have now backed out as well, leading to the entire cancellation the shows.

In a statement, Joel Perry production company Bad Production Ltd. has confirmed, “In response to recent comments in the press, the planned ‘Classically Smiths’ events will now, no longer be taking place.”

This comes after Joyce shared a statement Facebook, which reads, “It is with much regret that I have to announce that I will not be taking part in the show.”

He said that he had agreed in “good faith” to participate in the project, but it didn’t become apparent until “very late” that Rourke would not be participating. Joyce nevertheless went ahead with press conferences announcing the show, but was advised not to discuss Rourke’s involvement.

Joyce’s message ends: “After much deliberation and soul searching I have decided that without Andy, an integral part why I agreed to take part in the first place, I have come to this difficult decision. I still believe the shows and concept to be a fantastic idea and wish them all the success they deserve.”

Gannon also released a statement Facebook, announcing that the “Classically Smiths” shows would “no longer be going ahead.”

He went on to echo Joyce’s explanation Rourke’s last-minute decision not to participate.

“This is disappointing as we were all really excited about putting on these shows,” he added. “I for one have been working solidly on this project for the last five months and it’s a shame that it’s fallen apart in this way.”