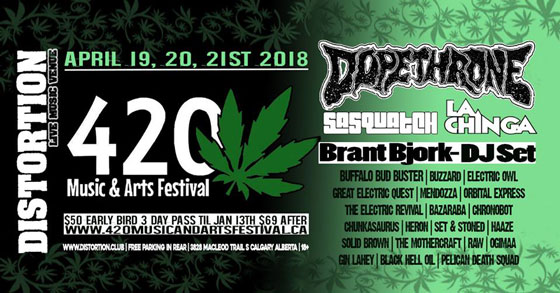 Calgary’s 420 Arts & Music Festival is set to bring music, art and more to the city for three days this April, and organizers have now lifted the curtain on the fest’s 2018 lineup.

Crushing Canadian trio Dopethrone top the bill this year, along with Sasquatch, La Chinga and a DJ set from Kyuss founder Brant Bjork.

Single-day tickets will go on sale March 1, with prices to be announced. You can find further event details through the festival’s ficial website.