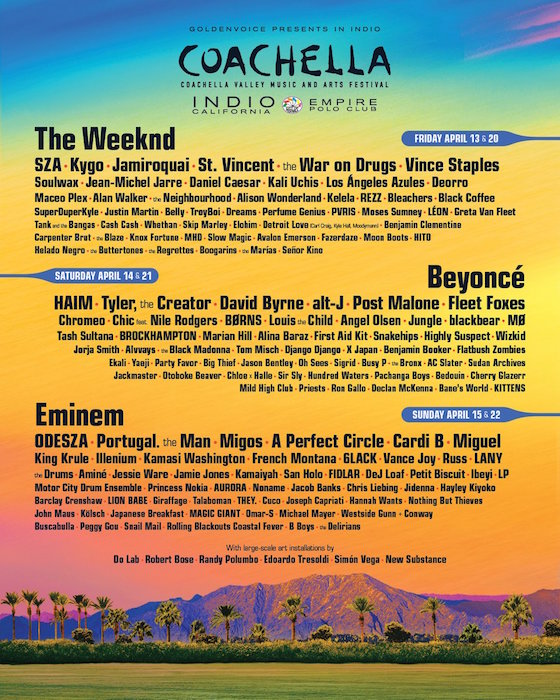 Long before anyone could troll the internet with fake entries, the folks behind the Coachella Valley Music and Arts Festival have announced the full lineup for their 2018 edition.

Those that had their fingers crossed for a fabled Oasis or Smashing Pumpkins original lineup reunion might be disappointed, but otherwise the fest is packed with heavy hitters.

The fest will take over Indio, California from April 13 to April 15 before repeating itself from April 20 to April 23.

Peep the full lineup below, and stay tuned for ticketing info as it becomes available.