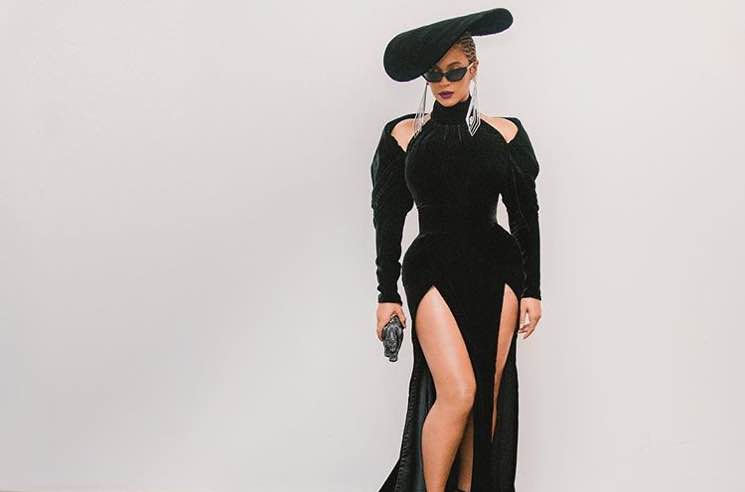 Beyoncé may seem like the queen the surprise album drop, but keen members the Beyhive are usually able to look back and pinpoint plenty clues in hindsight (like that time she kept giving us lemons and then — BAM! — Lemonade). This time, fans are trying to get a leg up on Queen Bey, reading into some her recent fashion choices that seem to be hinting at a Black Panther-related project and perhaps her involvement in its mysterious soundtrack.

While attending the Grammys this past weekend (and leaving one woman particularly shook in her presence), Beyoncé sported three different glamorous looks — one that was accessorized with a black panther-shaped clutch, one topped f with a Black Panther-inspired beret and another accompanied by panther-shaped earrings.

While Bey’s support the revolutionary Black Panther Party is nothing new, her choice accessories has caused many to speculate that Beyoncé may be appearing on the still unrevealed soundtrack to Marvel’s new Black Panther movie.

As previously reported, Kendrick Lamar is executive producing the soundtrack, and so far we’ve only heard his SZA collab “All the Stars” and “King’s Dead,” which featured Kendrick teaming up with Future, Jay Rock, James Blake and Mike WiLL Made-It.

With most the tracklisting still to be announced, the Beyhive is getting pretty excited at the prospect some new music on the film soundtrack.
The Ryan Coogler-directed film premiered last night (January 29), and will hit theatres for wide release on February 16. The soundtrack is due for release a week earlier, on February 9.