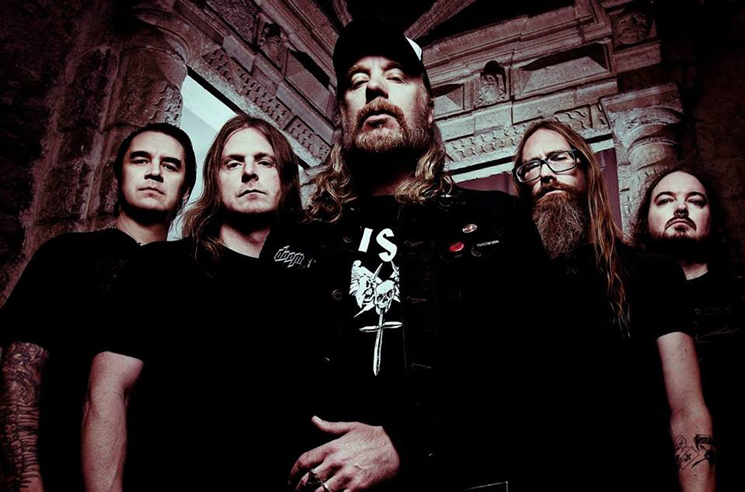 Four years after making a comeback with At War with Reality, At the Gates have announced the completion a follow-up full-length.

The band revealed that a new album titled To Drink from the Night Itself will arrive May 18 through Century Media. In a statement, the Swedish metal vets revealed that the LP will follow a concept that has “connections with some the themes on the band’s 1992 debut The Red In The Sky Is Ours].”

“Right now we are getting the mastering done, and every new song that is bounced to us produces huge grins on our faces,” vocalist Tomas Lindberg said in a statement. “This album sounds hungry and mean.”

To Drink from the Night Itself was produced with Russ Russell. Find the band’s complete statement below.

In related news, founding guitarist Anders Björler announced that he was leaving the group last year.