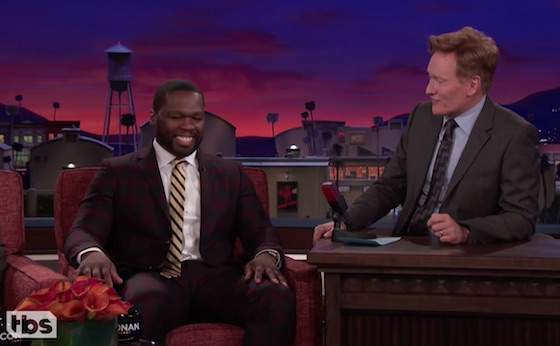 It’s been quite a long time since 50 Cent had any major success on the music side his career, but his work as a grimacing internet troll is in top form. When JAY-Z’s 4:44 first dropped, 50 said it sounded like “golf course music.” He’s now explained those comments — and doubled down on the dig — in a new interview with Conan O’Brien.

Appearing on Conan to promote his new film Den Thieves, Fiddy was asked what he meant when he called Jay’s album “golf course music.”

“Hip-hop culture’s connected to youth culture,” he said. “The kids gon’ bring new innovative stuff. He just had the maturity bleed f into the material. So you look at it and go — it’s cool for me, like, in my car I’m listening to it. But the kids, I don’t see them actually listening to it.”

Then 50 dropped a devastating Fresh Prince-themed dig. “I felt like Carlton Banks when I was listening to it,” he said.

Watch the hilarious Conan interview below.

Check out 4:44 for yourself by ordering it on CD  Umusic.