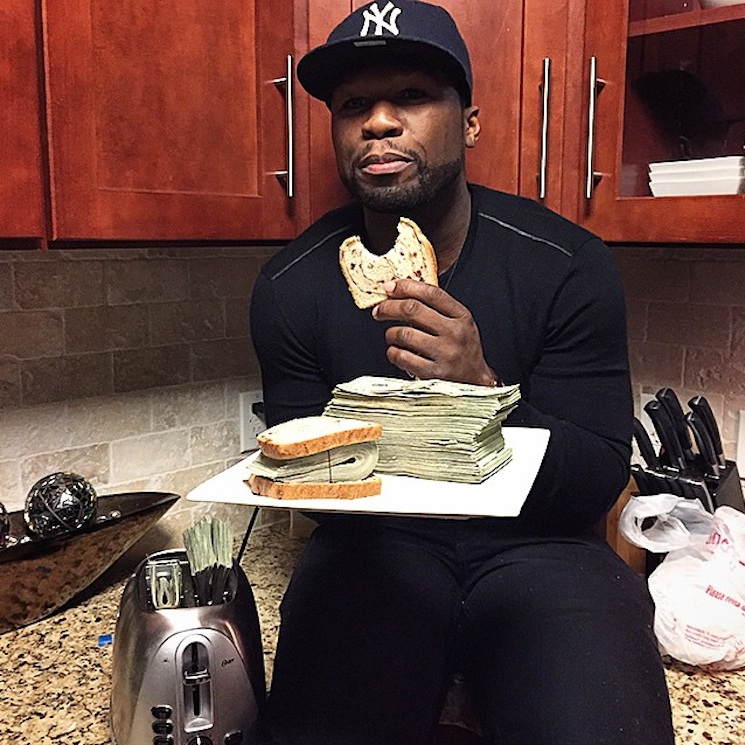 50 Cent remains one rap’s most entertaining figures, steadily beefing with his peers and dropping an endless stream ridiculous quotes. Although he filed for bankruptcy three years ago, things appear to be looking up financially for the rapper. After all, he just remembered he has millions in bitcoin.

As TMZ reports, Fiddy allowed his 2014 album Animal Ambition to be sold for bitcoin. He was the first major artist to allow the cryptocurrency for sales.

Apparently, he pulled in around 700 bitcoins for the release, which was around $400,000 USD in sales at the time. But 50 let the bitcoins sit dormant in an account, and now they’re worth a hell a lot more than that.

Depending on the bitcoin market, sales  Animal Ambition are now worth anywhere between $7 and $8.5 million USD. It’s a truly impressive amount cash, although 50 may want to withdraw his bitcoins before the market crashes.

Of course, 50’s not the only celeb to flirt with crypto. While some are finally endorsing the currency, others missed some opportunities to hit it big. Take Lily Allen, for example, who would likely be a billionaire today had she followed through with an opportunity in the late 2000s: