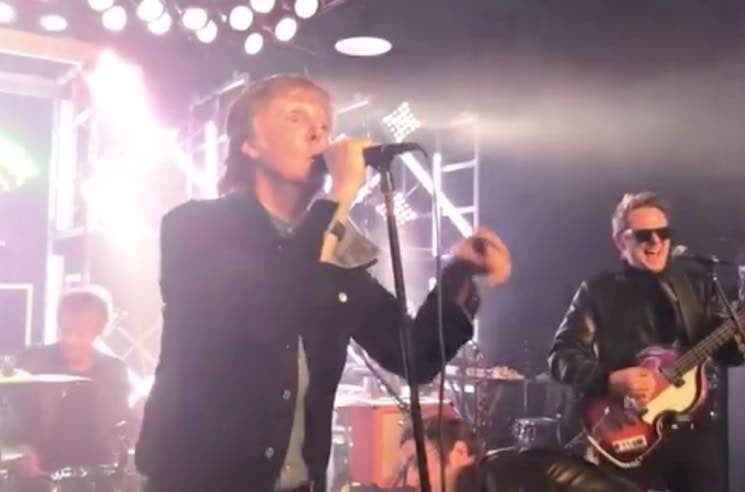 The group performed an intimate gig, but delivered stadium-sized entertainment when they brought out Paul McCartney in the flesh during a rendition “Helter Skelter.”

Macca joined the band on vocals, leaving Kane and the Muse dudes in just as much awe as the audience.