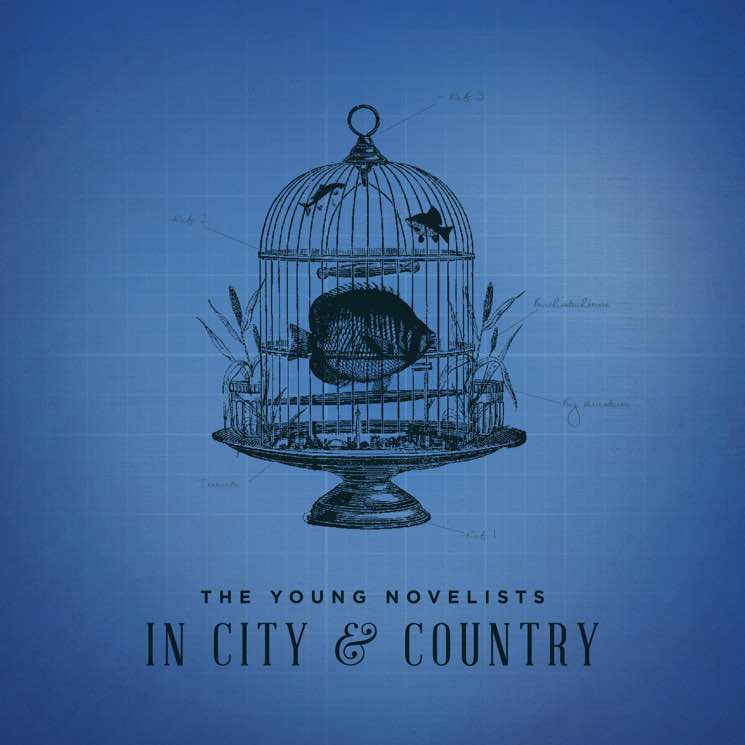 The Young Novelists have announced plans for the full-length follow-up to 2015’s Made Us Strangers. Titled In City & Country, the LP is due out May 4.

Written by bandmates Graydon James and Laura Spink, the album features a collection songs inspired by an array Canadian towns. Highlighting stories from both urban and rural locales, the songs were based on a combination historical research and personal experience, and ultimately show the similarities and differences between both types places.

In a statement, James said the following:

I have a cousin who, every time I see him, says, ‘I don’t know how you can live in Toronto.’ And I remember when I went to university in Waterloo, meeting people from Toronto who would sometimes say, ‘There’s nothing to do here!’ And I would wonder what the hell they were talking about, since I found Waterloo to be exceptionally vibrant. The fact the matter is, both those types folks are missing out. The story this song is about the decline the city, probably in some zombie-soaked apocalypse; or, more likely, some environmental catastrophe. But this is really a song about my experiences living in a major city and a small town, and the fact that I think there are more similarities than differences.

Hear that sentiment come to life by listening to “City & Country” below. It’s accompanied by a lyric video that features some places the band visited during the making the album.

You can pre-order the album here and see their upcoming tour dates here.