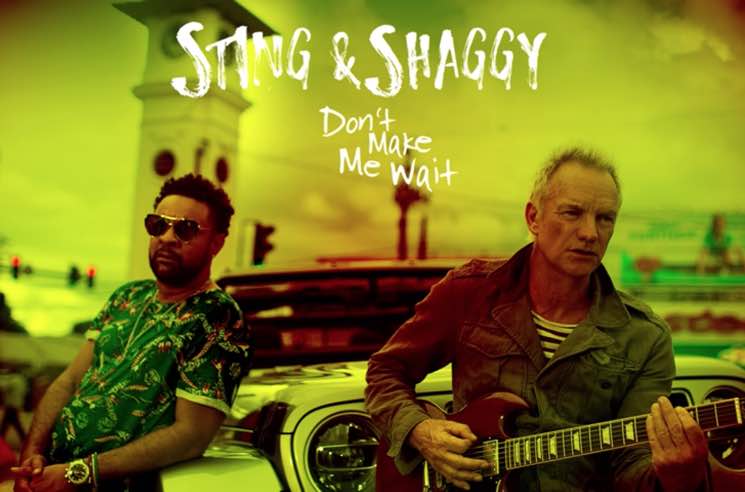 Moms who follow Sting on Instagram should know by now that the former Police singer has been hitting the studio with Shaggy, working on a collaborative record. Well, the fruits their unlikely joint labour is titled 44/876, and it’s due out on April 20 ( course).

The record is heavily influenced by the dancehall sound Shaggy is known for, though Sting also got to explore his love reggae and ska.

“I’ve always had an affinity for the island,” he told Rolling Stone. “I recognized that it has a magic you just can’t explain.”

The recording began this past summer in L.A. with producer Martin Kierszenbaum, with final touches added at Sear Sound studios in New York.

Amongst the collection new cuts are tracks titled “22nd Street,” “Waiting for the Break Day,” “Dreaming in the U.S.A.” and “Morning Is Coming” — as well as lead single “Don’t Make Me Wait.”

Upon hearing the song, Sting deemed it a “hit,” while Shaggy’s description was a little but more colourful. After playing it for a Rolling Stone writer, he said, “Doesn’t that just sound like something that hundreds women would get pregnant to?”

You can draw your own conclusions by giving “Don’t Make Me Wait” a spin down below.