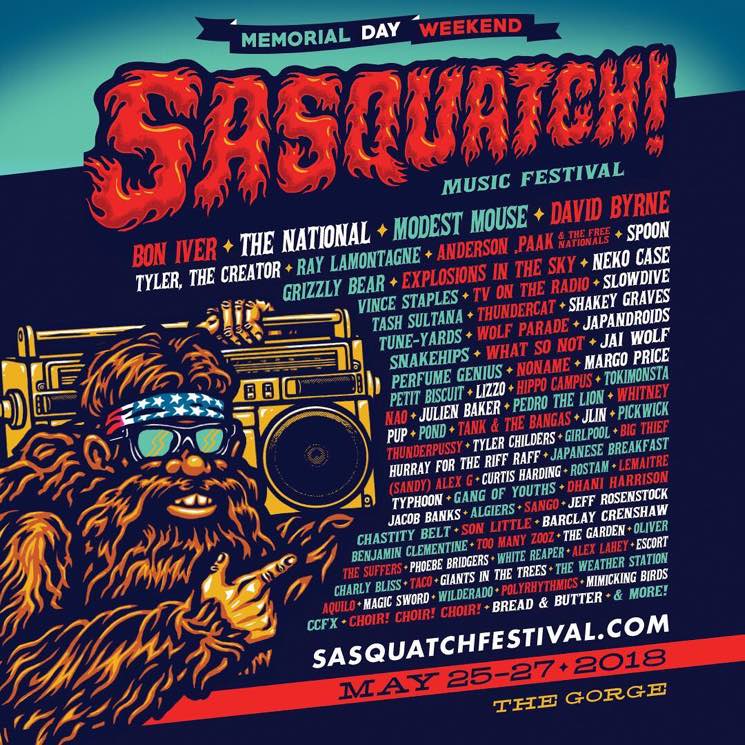 Sasquatch! Music Festival will return to the Gorge in Washington state from May 25 to 27, and the lineup performers has just been announced.

Bon Iver, the National and Modest Mouse top the three-night bill, though plenty other acts will join them on the roster.

Watch a trailer for the 2018 edition the festival below.