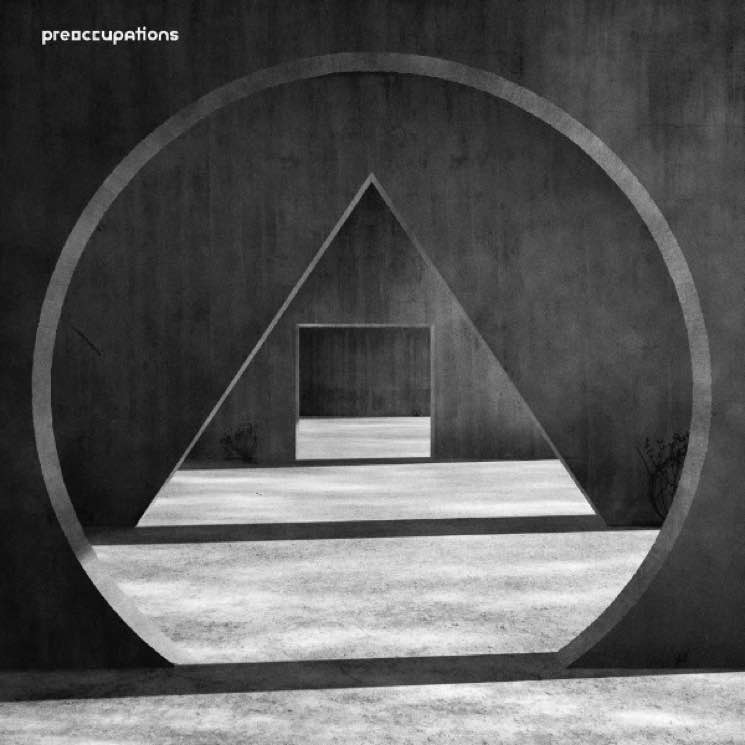 Preoccupations have announced that an album’s worth new material is on the way — and aptly enough, the upcoming LP is titled New Material. It’s due out March 23 Flemish Eye/Jagjaguwar.

New Material marks the follow-up to 2016’s Preoccupations. Prior to that, the band released their debut album under the controversial moniker Viet Cong.

The new album was self-recorded by the band, though they did bring in Justin Meldal-Johnson on mixing duties.

The process marked a more collaborative one than the band were used to, going into the recording with little to nothing written or demoed. Out that process emerged a heavy realization for lead vocalist, songwriter and bassist Matt Flegel.

“It’s an ode to depression. To depression and self-sabotage, and looking inward at yourself with extreme hatred,” he said in a statement. “Finishing ‘Espionage’ was when I realized. I looked at the rest the lyrics and realized the magnitude what was wrong.”

It’s fitting then that “Espionage” serves as listeners’ introduction to the band’s latest work. Scroll past the full New Material tracklisting and the group’s upcoming tour dates to stream the new track.

^ with Odonis Odonis
* with Freak Heat Waves
# with Moaning