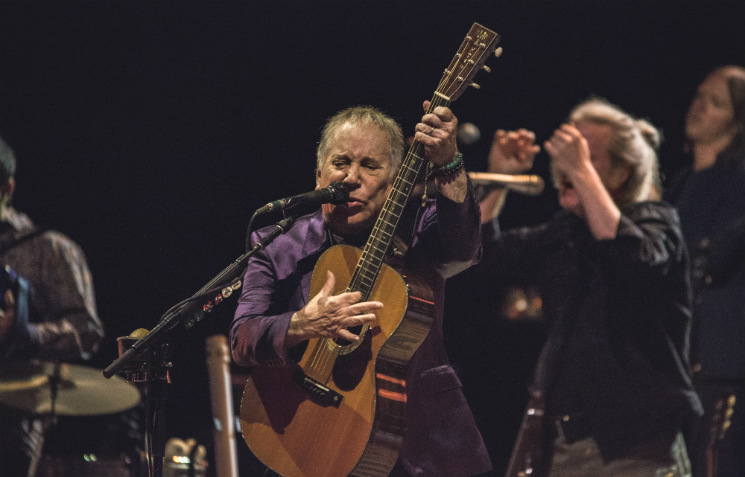 As expected, Paul Simon will be retiring from the live stage later this year, and the iconic singer-songwriter has just revealed plans for a farewell tour.

Dubbed “Homeward Bound – The Farewell Tour,” the trek will mark the performer’s final run before retirement — something he’s been hinting at for a while now.

“I’ve ten wondered what it would feel like to reach the point where I’d consider bringing my performing career to a natural end,” Simon said in a statement. “Now I know: it feels a little unsettling, a touch exhilarating and something a relief. I love making music, my voice is still strong, and my band is a tight, extraordinary group gifted musicians. I think about music constantly. I am very grateful for a fulfilling career and, course, most all to the audiences who heard something in my music that touched their hearts.”

According to a press release Simon and his band will bring “a stunning, career-spanning repertoire timeless hits and classic songs which have permeated and influenced popular culture for generations.”

The tour will kick f in Vancouver on May 16, before making its way through the United States. Simon will return north the border, though, to say goodbye to fans in Toronto on June 12 and Montreal on June 13.

Simon will also perform a string shows in Europe, before bidding fans a final farewell at his previously announced gig in London. See the full list tour dates below.

* with James Taylor and Bonnie Raitt