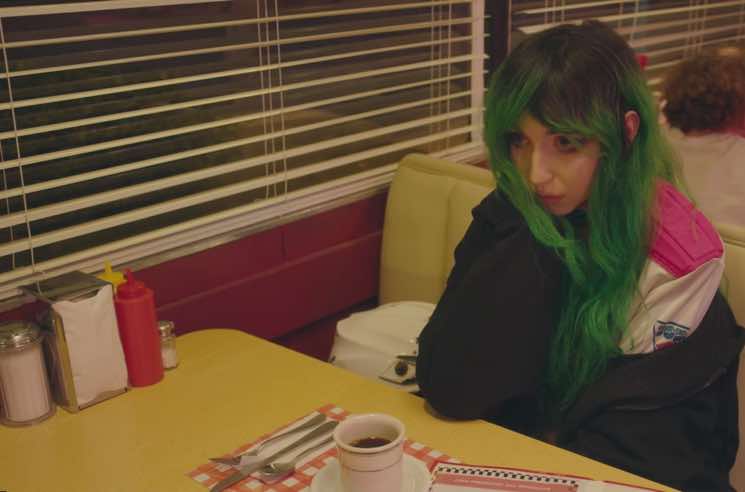 Marshmello recently shared “Spotlight,” his collaboration with the late Lil Peep, and now the track has been given the video treatment.

The clip serves as an homage to the rapper, who died a drug overdose last year at the age 21. It was directed by Nick Koenig, who previously collaborated with Lil Peep on the “Awful Things” video.

Koenig released a statement about the video, which reads:

Relationships have a way overwhelming the meaning and context physical items to the point hijacking them. What once was just a household item might now be something that reminds us that relationship to a point where it overpowers what that item was traditionally meant for. These objects end up developing a shared significance between those in the relationship.

Like Peep’s passing, no one got to say goodbye properly but the objects he left us (his body work both musical and social) remain ours to share in our relationship with him.

The video follows a young green-haired woman, who encounters a surly group teens at a late-night diner and takes f on her motorcycle. Things take a violent Riverdale-esque twist from there.

Watch the video for “Spotlight” below.