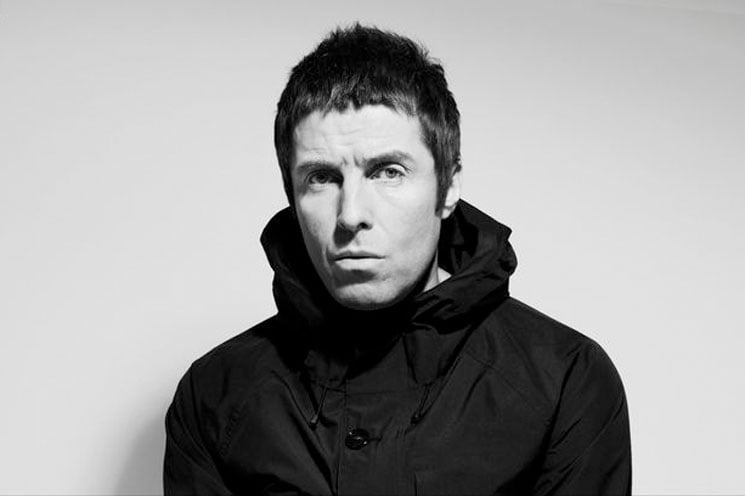 Unlike every drunk kid in a university dorm, Liam Gallagher apparently doesn’t know how to play the guitar part on “Wonderwall.”

The former Oasis singer and solo star admitted as much in a recent interview with The Herald Sun .

“It’s a big song everywhere around the world,” he said speaking about the massive Oasis hit. “A lot people give it a bit stick, they say they’ve heard it a million times but as soon as you play it people lose their shit over it and they’re all fucking buzzing.”

So, naturally, Gallagher doesn’t mind busting it out in his current live set.

“The way I see it there’s a new generation people coming to see me or Noel and they want to hear it,” he said. “They’ve paid money so who am I not to play it? I don’t mind playing it. I love it. We play it with a cello and an acoustic guitar now, I think that’s how it should be done.”

And by “we,” he means his backing band, because he seemingly has no qualms about admitting his lack instrumental prowess. In addition to admitting his inability to play “Wonderwall,” Gallagher praised his son Gene for exceeding his own abilities on the axe.

“I’ve not heard him sing, but he’s got the attitude and the look for sure,” Gallagher added. “He’s a good little guitar player, he’s better than me. I mean, I can’t play, but he’s good.”

Gallagher went on to say that Gene is “desperate” to start a band his own, but in the meantime, dad released his debut solo LP As You Were last year.

Revisit some his less-than-kind remarks about his brother Noel with Exclaim!’s list the Top 7 Noel and Liam Gallagher Quotes 2017.