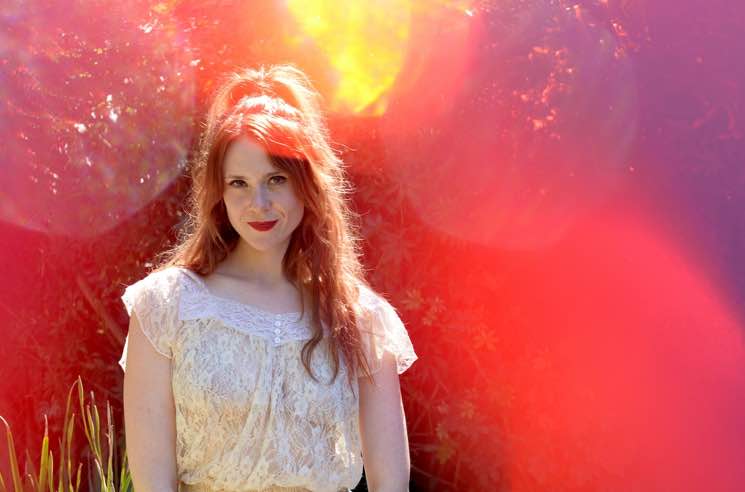 Kate Nash may be most recognizable for kicking ass on Netflix’s GLOW these days, but the British actress is returning to her singer-songwriter roots for a new album this spring. Titled Yesterday Was Forever, it will arrive on March 30.

Explaining her decision to crowdfund the project, she said:

It’s like instead me going into a boring room with record label people and sharing stuff w them and hearing feedback like “we don’t get u” or “is this what kate nash looks like now???” and “oh honey no”…I will be sending it straight to your inbox through the magical vagina the internet and you will be like “OMYMUTHAAAFUCKKKKIN ANGELS FROM HEAVEN ABOVE CHOCOLATE CAKE SLICES AND MONKEY DANCES YASSSSSS KWEEEN SLAYYYYYY RUN A MARATHON BITCH”. Which is just how I prefer to run a business.

Having raised just over $155,000, Nash’s album is ready to go, and she’s shared the first sample new material with a single called “Drink About You.” Listen to it below.

She’ll also be taking the new tracks on tour this spring, and you can see her upcoming North American dates below.

And as for all you Gorgeous Ladies Wrestling fans, don’t worry — Nash will be back to play Rhonda “Britannica” Richardson for Season 2 GLOW.