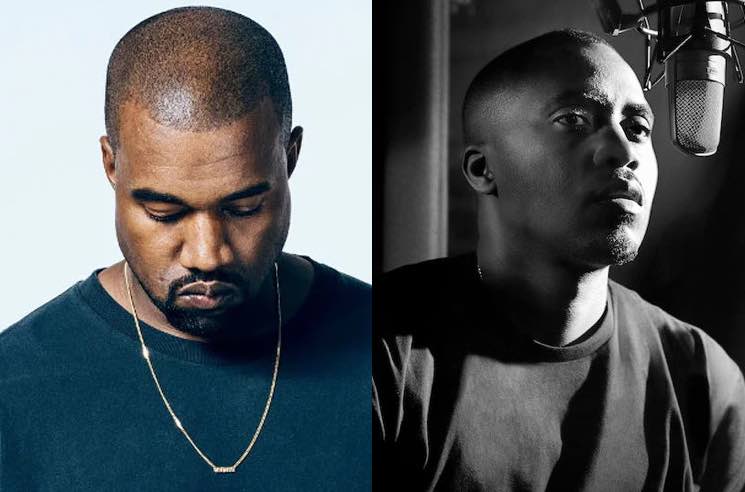 Kanye West has revealed that he’s produced a new Nas album. It’s due out on June 15.

West made the announcement in his latest string tweets last night (April 22).

Nas’ last solo studio album arrived with Life Is Good in 2012, though he’s since appeared on tracks with artists like J Dilla, French Montana, Erykah Badu and Michael Kiwanuka. He also kind hinted at a new LP on the 2016 DJ Khaled cut “Nas Album Done.”

West, meanwhile, has apparently been extremely busy in the mountains Wyoming; he recently revealed plans to release his own new album on June 1, plus a collaborative album with Kid Cudi called Kids See Ghosts on June 8. He then announced new material from Pusha T that’s due out on May 25, and a project from Teyana Taylor that will arrive June 22.

West elaborated on his involvement with the slew upcoming projects, explaining that he’s “hand producing” the aforementioned records. He also referenced Get Out, saying that he’s “been chopping samples from the sunken place.”